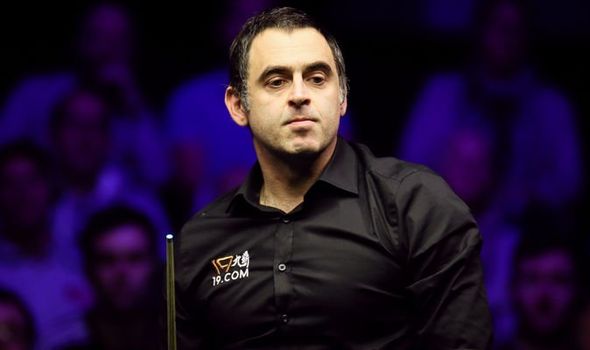 Snooker legend Ronnie O’Sullivan insists he’s “not actually that bothered” about this week’s Northern Ireland Open and finds it “very difficult” to be excited about playing in an empty arena in Milton Keynes. The 44-year-old insists that instead he’s more focused on his running.

Six-time world champion O’Sullivan has seen off Jamie O’Neill and Elliot Slessor, both 4-1, to set up a third-round clash with Matthew Stevens later today.

The world No 2 however insists he is not actually that invested in the tournament, that is usually played in Belfast, despite the £70,000 winner’s prize.

That is less than the runner-up will get at the UK Championship next week – one of snooker’s Triple Crown events which rewards the victor with a £200,000 cheque – and is also little motivation to a player with over a record £11.5million in career winnings.

O’Sullivan has won 20 Triple Crown titles across the UK Championship, World Championship and the Masters and has won next week’s tournament a record seven times.

And he insists he’s only focused on the big events as he admits that playing all of them at the same venue – MK’s Marshall Arena – is becoming monotonous. 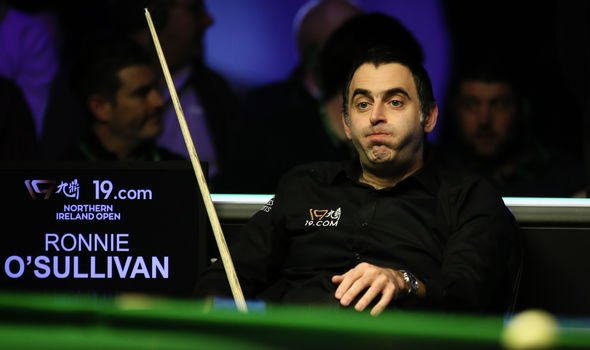 The Rocket’s admission also comes despite having never won the Northern Ireland Open and losing the last two finals 9-7 to No 1-ranked Judd Trump.

“My main focus is my running, getting my times down, I’ve kind of written off this year, there’s not really any events worth playing for other than the Worlds and the UK, all the other ones are just bits and pieces,” O’Sullivan said.

“I’m not going to invest all my time just for a couple of events, I’ll practice a week before to give myself half a chance.

“But otherwise I’m enjoying my running and other bits and pieces away from snooker, this is just sort of a time-passer.

“I’m not actually that bothered, it’s very difficult to get excited about playing in front of no crowd, coming to the same venue.

LIVE RESULTS: Updates from every match at the Northern Ireland Open

“I’m just going through the motions, showing my face, do my bits and pieces, have a bit of fun, it’s better than sitting indoors, gets you out the house I suppose.

“I’m missing going to different venues. I love Belfast and I miss York. York is probably the best place I’ve been on earth.

“It’s like eating steak and chips three times a day for a year. Even though it’s a nice bit of steak, you’d soon get sick of it. You’d probably want a bit of fish after a while, you know.”

He added after beating O’Neill in the first round: “I ran eight miles this morning in 57 minutes, so getting fitter.

“I’ll try and do an easy five tomorrow than go for a 10-miler Wednesday. My aim this month is to focus on my running.

“It’s a bit hard focusing on just snooker so you’ve got to try and find something you love doing. For me it’s running, I’m keen to get my times down.”

While O’Sullivan hailed his second-round triumph over world No 58 Slessor as one of the best wins of his career, having lost both of their previous two meetings.

“That’s up there with one of the best victories of my career,” he said.

“He’s beaten me twice before, had the voodoo sign over me, seems to play fantastically well every time he plays me. 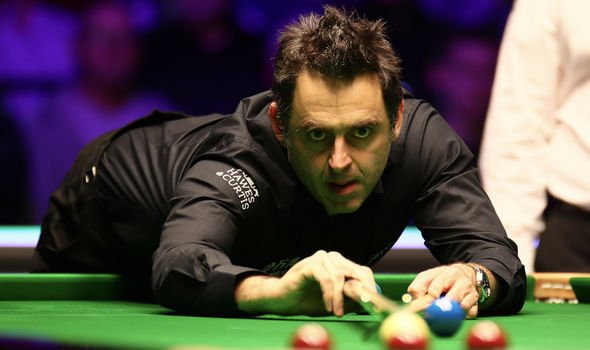 “He started off really well again and I was thinking, ‘Here we go again, he’s going to pump me 4-1, bit more cake in the face… back up the M1, I’m going home’.

“He obviously plays well against me and the way he started off he was just cruising round the table.

“I had to hopefully get a chance and he was unlucky not to go 2-0 up, left the red in the jaws, and I was able to steal one and get in the game.

“Because he [Slessor] is up for none, you have everything to lose. Everyone on the circuit knows how good Elliot is and he can play.”