Israel Adesanya has been left ‘stranded overseas’ after confusion surrounding new coronavirus rules means he was unable to return to New Zealand this week.

The UFC middleweight champion, who is set to make the step up to light-heavyweight next year, was in Las Vegas last week at Dana White’s ‘Contender Series’ event.

But recent airline restrictions imposed after Adesanya and his team booked their return tickets, namely that all New Zealand passengers required a travel isolation voucher, meant that the UFC star was not adequately prepared and could not travel home as planned. 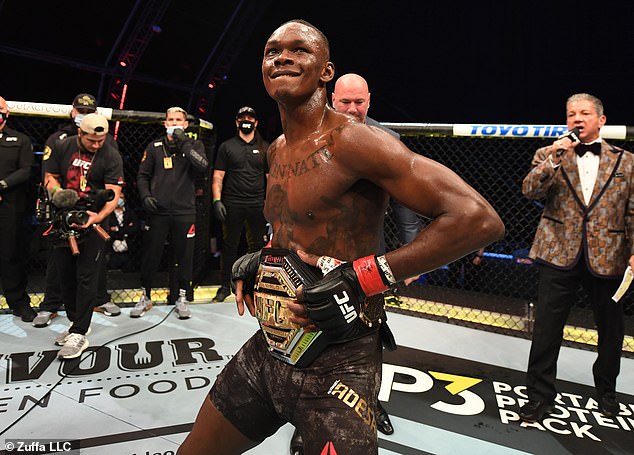 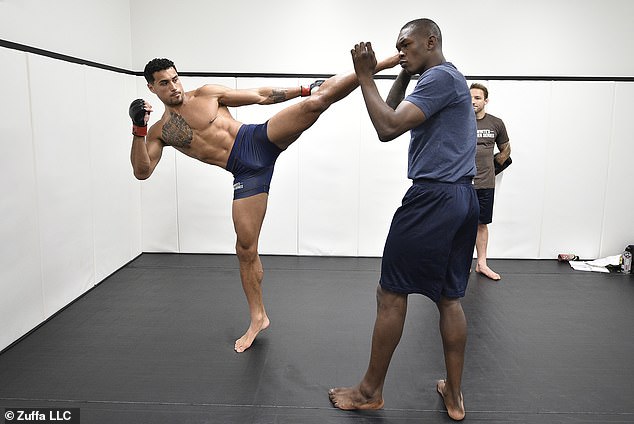 ‘Clearly, there’s been an oversight if people like us who booked while overseas, prior to the system being introduced, weren’t informed by either the airlines or immigration as soon as the system went live,’ his coach Eugene Bareman told Newshub, as reported by MMAMania.

‘The lack of capacity is also concerning. An influx of people returning home at Christmas is entirely predictable and you have to question why more focus wasn’t put on increasing that capacity.’

A Managed Isolation and Quarantine representative insists the person in question must understand protocol, adding that ‘an extensive awareness campaign’ was rolled on last September.

The setback will cost Adesanya public appearances as ‘The Last Stylebender, ahead of his next expected fight in March, as he will have to enter a mandatory 14-day isolation upon his return to New Zealand. 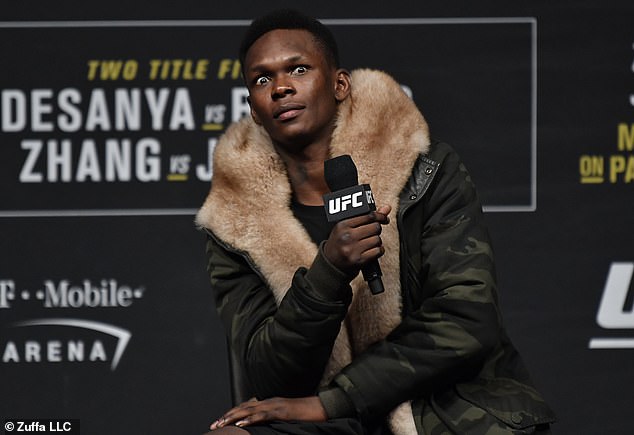 Meanwhile, the 31-year-old played down talk this week of staying undefeated after 20 straight victories.

‘That’s just one of those things that people try and put on you,’ he told MMA Junkie.

‘I’ve had losses in my past that never really changed who I am, never changed the fact that I’m a great fighter. A lot of the greats have had losses. And every time I’ve had a loss, I always come back and knocked someone out.

‘Being undefeated is just a title. It’s one of those titles that people try to hold up like it’s something. But you should see me in the gym. Some days I get my licks, so I know I can be beat. 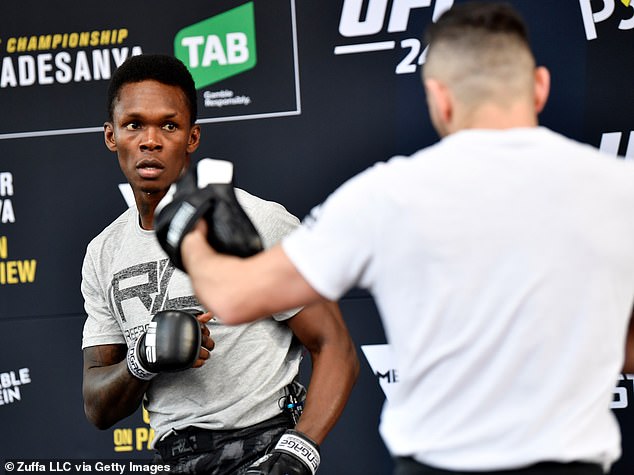 ‘But when it’s under the lights and the pressure is on, on the biggest stage and I’m having fun, I’m a hard man to beat. I’m just gonna ride this out the way I’ve been riding it so far. Stay tuned.’

Last week, reports emerged that the wheels were set in motion for the Nigerian-New Zealander to move up to the 205-pound ranks to take on reigning light-heavy champion Jan Blachowicz.

But Glover Teixeira’s dominant win over Thiago Santos put his chances of challenging for the title in doubt, with UFC president White admitting the Brazilian ‘deserves the shot’.