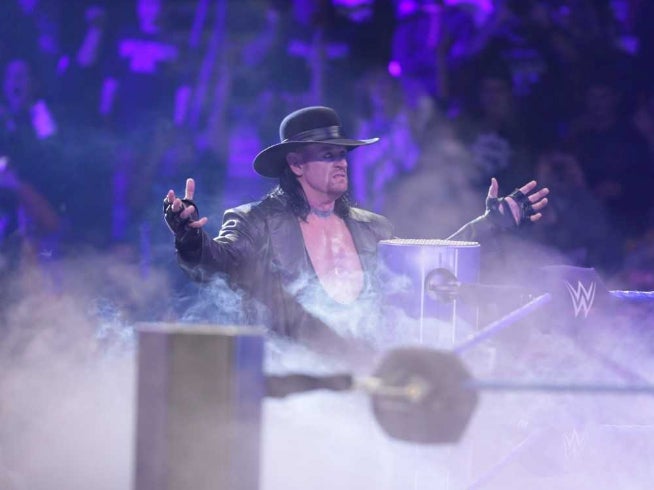 In an interview on Good Morning Britain, conducted as Calaway rather than in character, the 55-year-old told Richard Arnold: “I don’t have any aspirations for getting back in the ring but if Piers wants to get into a squared circle, he might just be the one [to] get me back in the ring.

“The Morganator man, he’s big time over here on American TV with his strong English accent. He lets people have it over here.

“That might be a good match-up for me, I might have to consider my final farewell if Piers would consider putting on the pantyhose, or whatever you call them in the UK!”

Morgan, for his part, played along, Tweeting: “The Morganator is ready.”

Boxer Tyson Fury was another big name paying tribute to The Undertaker this week.

The Gypsy King donned an Undertaker-style outfit and posted a video on his social media, saying: “This is a special message to The Undertaker. Celebrating 30 years of WWE – fantastic. 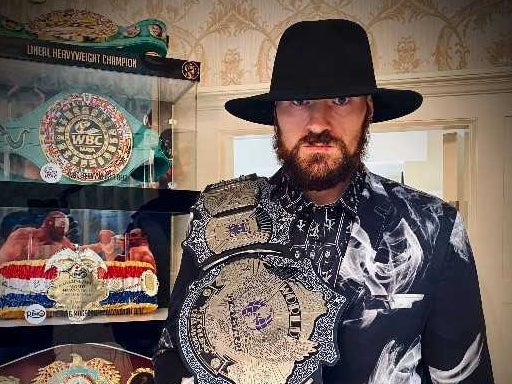 “Thank you for all the great nights you’ve given us over the years. God bless you, see you around.”

The Undertaker himself responded on Twitter, saying “Massive respect… thanks Champ.

“Keep doing what you’re doing and stay healthy. Watched your inspiring journey for a long time and can’t wait to see you fight in person in the future.”