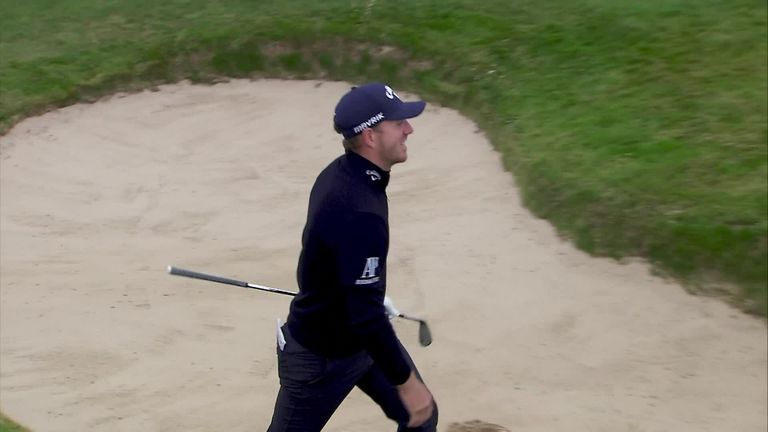 Matt Wallace birdied his final two holes to take a three-shot lead into the final round of the Scottish Championship presented by AXA.

The Englishman’s fast finish closed out a blemish-free round and saw him post a third consecutive 66 in as many days at Fairmont St Andrews, pulling him clear of Garrick Porteous.

Overnight co-leader Adrian Otaegui sits four strokes back in third ahead of Sean Crocker, with Eddie Pepperell part of a three-way tie for fifth on 12 under alongside Chris Paisley and Jonathan Caldwell. 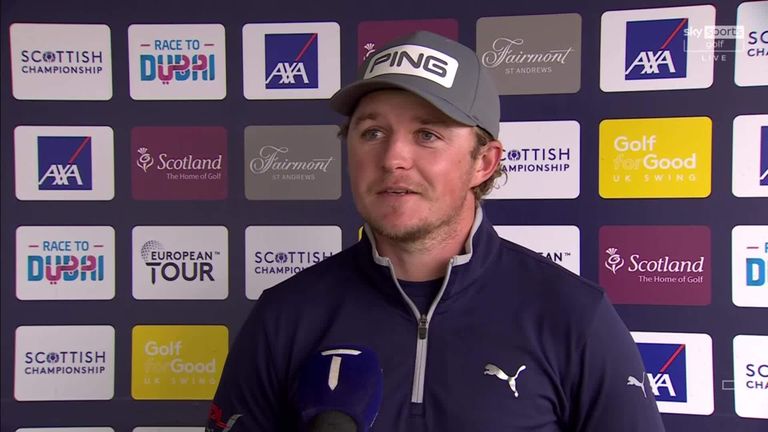 “To finish the way I did was really nice,” Wallace said. “It’s probably the best I’ve ever handled myself. Sometimes I feel like I wanted to push on but I stayed really patient and it showed there by the end.”

Wallace missed a five-foot birdie opportunity at the third but made amends by rolling in from 15 feet at the next, before driving the green at the par-four seventh and converting a 20-footer for eagle. 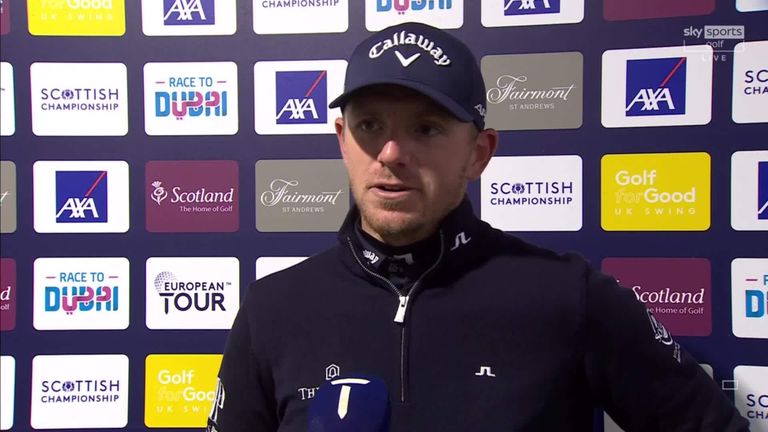 The world No 51 ended a run of missed birdie chances from inside 15 feet with a close-range gain at 14th, with a bunker hole-out at the par-three 17th and a kick-in birdie at the last extending his advantage.

Porteous made his move up the leaderboard with five birdies in the first eight holes of his third-round 66, while Otaegui was with him in a share of second until finishing his two-under 70 with a penultimate-hole bogey.

Crocker made an eagle and seven birdies in his eventful five-under 67 to get within five of the lead, with Scottish Open champion Aaron Rai seven back after a double-bogey at the 17th saw him settle for a level-par 72.

Adrian Saddier dropped three shots over his final three holes to join Rai on 11 under, while three straight bogeys around the turn saw Lee Westwood post a third-round 72 and slip into tied-20th,

Who will win the Scottish Championship presented by AXA? Watch the final round live on Sunday from midday on Sky Sports Golf!