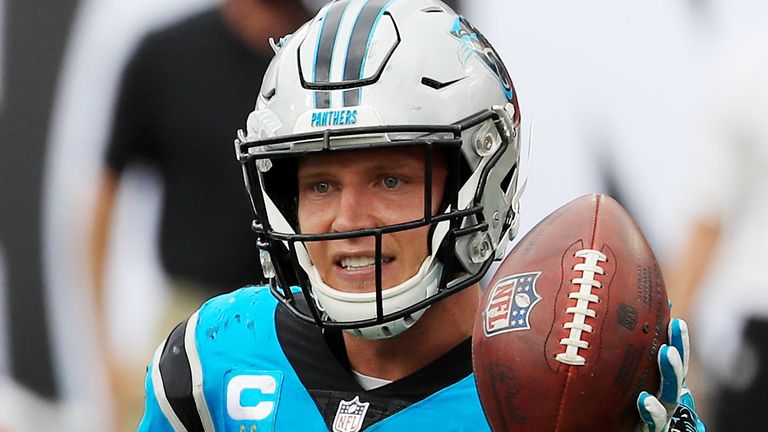 Christian McCaffrey is a doubt for the Carolina Panthers’ Week 10 game against the Tampa Bay Buccaneers after suffering a shoulder injury on his return to action against the Kansas City Chiefs, according to US reports.

McCaffrey started on Sunday at Kansas City, his first game since being placed on injured reserve following Week 2 with an ankle injury. The All-Pro running back racked up 151 yards from scrimmage and scored two touchdowns against the Super Bowl holders.

NFL Network reported on Monday that McCaffrey’s status for Week 10 is “very much in doubt.”

With the Panthers trailing 33-31 in the fourth quarter, McCaffrey caught a short pass in the flat near the first-down marker and was ridden to the ground by Chiefs safety Daniel Sorensen. McCaffrey landed hard on his right shoulder, went to the sideline and briefly returned.

He left the game again on the final drive and pointed to his collarbone.

Head coach Matt Rhule was not available postgame and the Panthers have not released additional information.

The Panthers hold a 3-6 record and are now on a four-game losing streak, during which all of their defeats have been by 8 points or less.

McCaffrey has amassed six touchdowns in his three appearances this season, as he follows up a 2019 campaign that saw him total 19 scores in 16 games.