Valtteri Bottas outpaced Lewis Hamilton in the only practice session ahead of Eifel GP qualifying as improved weather conditions led to a busy Saturday morning at the Nurburgring.

After the fog of Friday led to both the opening practice sessions being cancelled, P3 took on extra significance and led to a predictably busy session as teams crammed their preparation work for qualifying and the race into the one-hour session.

And Bottas, the race winner last time out in Russia, was into the groove faster than anyone on the stopwatch and outpaced Hamilton by just over a tenth of a second via a best lap of 1:26.225. 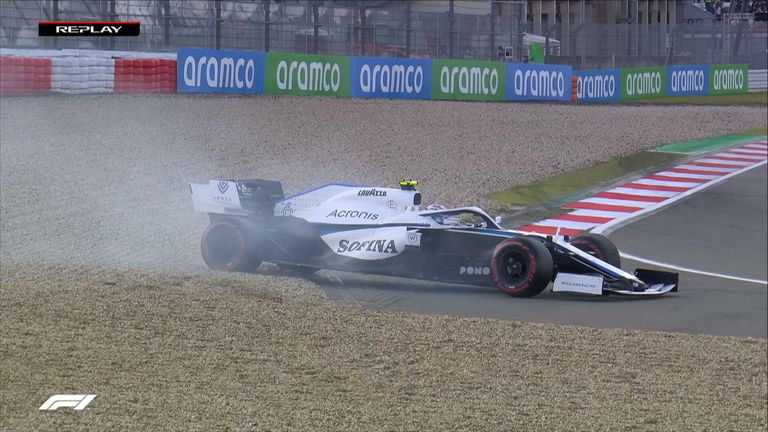 Hamilton’s best lap came right at the end of the session on used soft tyres, having been delayed at the end of an earlier lap when Williams’ Nicholas Latifi spun at the final corner.

Ferrari have rarely been near the top of the timesheet this season but surprisingly finished with both their cars in the top five, with Charles Leclerc and Sebastian Vettel splitting Red Bull’s Max Verstappen.

Vettel had earlier spun his Ferrari around. 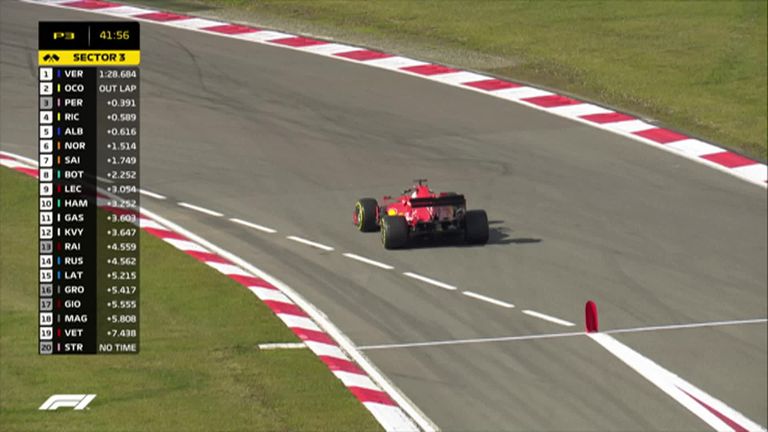 But there was only one Racing Point car in the field with Lance Stroll not feeling 100 per cent fit and sitting out the session.

The Canadian will now be assessed ahead of qualifying at 2pm but, in a repeat of his 11th-hour call up to replace Sergio Perez at Silverstone two months ago, Nico Hulkenberg has arrived at the Nurburgring and is set to take Stroll’s place if the 21-year-old is deemed unfit to race.

UPDATE: @lance_stroll is not feeling 100% this morning and will therefore not participate in FP3. His condition will be assessed after the session to evaluate whether he is fit to drive, at which point the team will confirm plans for Quali.#F1 #EifelGP

Perez finished seventh on the P3 timesheet in the sole Racing Point car, just behind McLaren’s Lando Norris who enjoyed an impressive session.

Renault’s Daniel Ricciardo led the timesheet earlier in the session but slipped down to eighth at the end of the qualifying simulations, ahead of Alex Albon in the second Red Bull and AlphaTauri’s Pierre Gasly.

George Russell also had a wild spin across the grass exiting the final chicane in his Williams, but the young Briton avoided the barriers and continued on with his session.