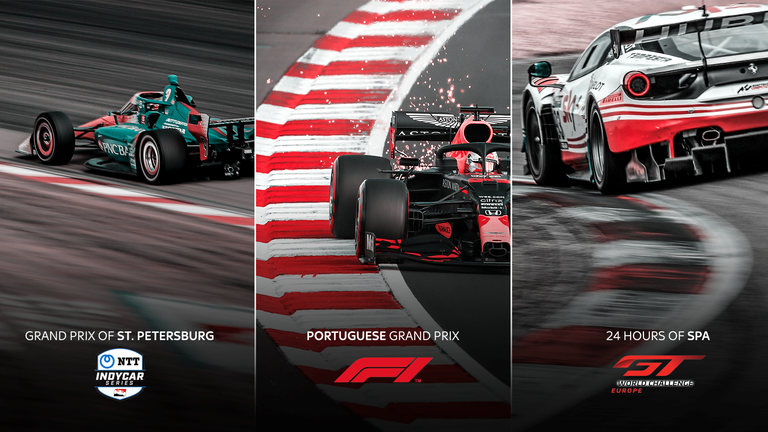 Get set for a jam-packed weekend of motorsport on Sky Sports F1 with the return of the Portuguese GP headlining a hat-trick of live action from around the four-wheeled world.

In addition to live coverage of every session from the first Formula 1 race at Portimao, the channel is also airing the showpiece Spa 24 Hours in the GT World Challenge Europe and the title-deciding conclusion to the IndyCar season from St Petersburg, Florida.

Sky F1 subscribers can watch the action on TV and the Sky Sports App. For non-subscribers, a NOW TV Sky Sports Day Pass is a one-off payment of £9.99.

And that’s not all: our Race to Perfection docuseries concludes this weekend. The first airing of Episode Seven, Trailblazers, is at 9pm on Saturday night on Sky Documentaries, with a second showing at 8.30pm on Sky F1 on Sunday. All episodes so far are available to download On Demand. Back in Portugal after a quarter of a century away as part of the sport’s much-changed 2020 schedule, F1 races at the undulating Algarve International Circuit for the very first time.

Widely likened to motorsport’s equivalent of a ‘rollercoaster’, the 4.65km track is set to put drivers to a physical test in a similar way to another F1 debutant, Mugello, last month – and that served up a barnstorming, dramatic race.

Lewis Hamilton can take the outright record for F1 race wins with a 92nd career success on Sunday, but Mercedes are expecting Red Bull’s recent improvement to mean that the battle at the front will continue to get closer between 2020’s top two. 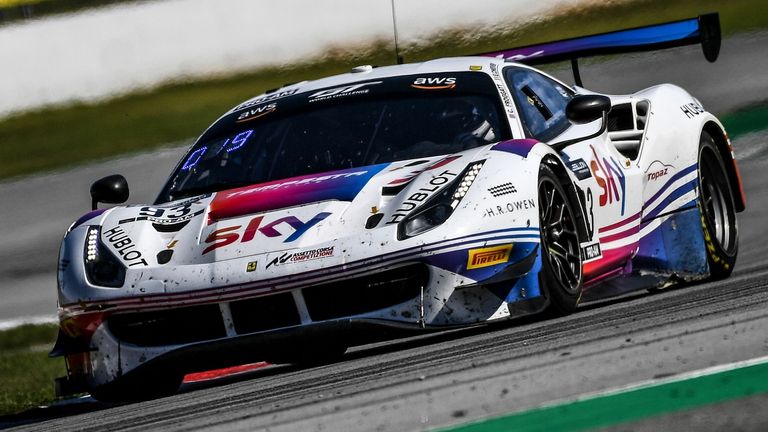 The showpiece of the GT World Challenge Europe season around one of motorsport’s most revered and challenging circuits, Spa-Francorchamps.

A mammoth 56-car grid across four different classes featuring some of the biggest manufacturers in motorsport such as Mercedes, Ferrari and Porsche.

You’ll be able to see your first action from Belgium on Thursday evening with qualifying and night practice from 5.50pm.

The 24-hour race begins on Saturday afternoon and live coverage on Sky F1 will commence straight after Portuguese GP qualifying coverage. After IndyCar qualifying, the channel returns to Belgium through the night and into the morning all the way up to Portuguese GP build-up from 11.30am.

The final two hours of the race will be shown on delay from 4.30pm, after The Notebook. Dixon heads the standings by 32 points but Newgarden has finished ahead of his Chip Ganassi rival in each of the past five races to get back into contention.

A maximum of 54 points are still up for grabs over the weekend.

St Petersburg’s temporary street track was originally scheduled to open the 2020 campaign back in March before the coronavirus pandemic delayed the season, but now closes what has been a condensed 14-race schedule taking place at nine circuits in the space of just four months.