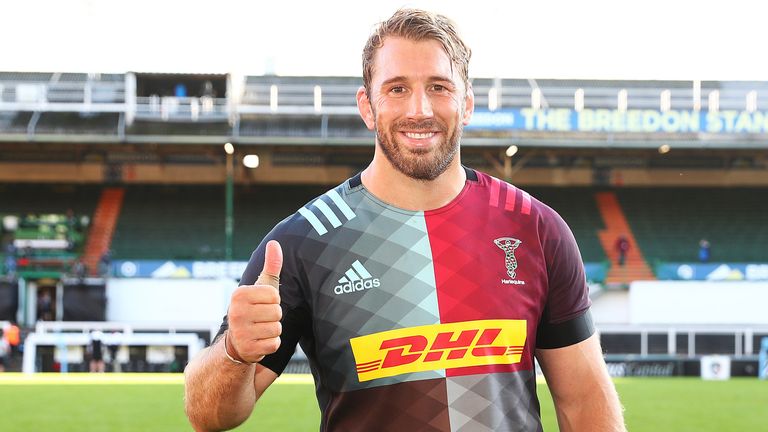 Chris Robshaw will play one last time in England before he jets off for the other side of the Atlantic after the Barbarians confirmed he will be involved in Quilter Cup game later this month.

The flanker bid farewell to Harlequins on Sunday with a 32-26 win over Leicester, but is set to continue his career with USA Major League side San Diego Legion.

Before Robshaw flies out to the States, he will get the chance to face England and some of his old international team-mates on October 25 at Twickenham.

He said: “It is a massive honour and privilege to be able to wear the famous Black and White shirt of the Barbarians and I will do so with great pride.

“It has been a strange season and while I have not been able to play out my Quins career in front of fans, I am so happy I will have a chance to say farewell to England at Twickenham.

“It will be great fun and a great challenge to face up against old team-mates and I can’t wait.”

Robshaw won 66 caps for England – 43 as captain – and bowed out of the international scene following the tour of South Africa in 2018. He will get another chance to play at Twickenham, though, and is excited to renew acquaintances with Eddie Jones for one last time.

“The opportunity to get back out there at HQ, this time in a Barbarians shirt, and facing Eddie’s England will be just incredible for me,” Robshaw added.

“It’s been a very emotional end to the season and I’m so honoured to have the opportunity to be part of the return of the game to Twickenham and to the international stage.