Exeter boss Rob Baxter believes rugby clubs are “probably at our most dangerous period” of the coronavirus pandemic.

The Chiefs will host Bath in Saturday’s Premiership play-offs, with Wasps tackling Bristol.

The line-up has been finalised following Sale’s rescheduled clash with Worcester on Wednesday night being cancelled after an additional six players and two members of their backroom staff were diagnosed with Covid-19.

It raised the total number of positive tests to 27, making the match unsafe to play and forcing a Premiership Rugby panel to award the Warriors a 20-0 victory that ends Sale’s chances of finishing in the play-off positions.

“For a lot of rugby clubs around the country, we are probably at our most dangerous period – and I include us in that,” Exeter rugby director Baxter said.

“If you look at Exeter now, we are one of the hot-spots. We’ve gone from Exeter and Devon having hardly any cases of Covid to being in the top 20 hot-spots. “So the danger of a player actually picking up an infection and failing a test just through going into a shop is far greater now in Exeter than it was at any time through lockdown.

“We are telling the players and staff pretty much on a daily basis what the scenario is around new cases in the city and why they have to be diligent.

“The challenge is things you would think are not that problematic like maybe going for a cup of coffee or going for food at lunchtime or an evening.

“You also need to remember we’ve got players who have wives and children – children who are at school, wives who work. We can’t just put them in a bubble – it is just an impossible scenario. It just doesn’t work like that.”

If Exeter beat Bath, they face two finals in a week later this month – their first Heineken Champions Cup final, and a Premiership title showdown at Twickenham with Wasps or Bristol. 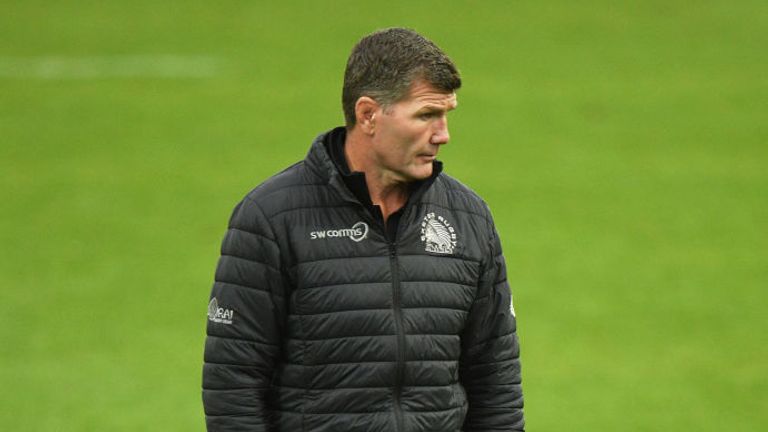 Baxter added: “All we can do is ask our players to be diligent. I know from the test results we’ve had up until now, they must be doing that.

“What is our biggest risk here? Our biggest risk at Exeter is that almost certainly virtually zero per cent of our squad have had it, so what does that make them prime candidates for? Picking it up somewhere.”

Baxter, meanwhile, believes the Sale saga could see an addition to Premiership regulations for next season, which begins on November 20.

“I imagine because of what has happened at Sale there will be some addition to the regulations next season based on a particular number of positive tests will mean a forfeit of a fixture,” he said.

“As a set of regulations into a completely unknown quantity, they’ve pretty much done their job.

“What is highlighted now is there probably needed to be another line or another paragraph of regulation saying that PRL (Premiership Rugby) call an independent medical board in the case of a multiple outbreak – say more than four, five, six, whatever number they want it to be – and a decision will get made over the cancellation or postponement or awarding of points.

“Now we might need to add in that paragraph, and I suspect that is what will happen before we start the new season.”

Greenwood on why game was postponed not cancelled Sky Sports’ Will Greenwood explains why Sale’s game against Worcester was originally postponed from Sunday to Wednesday, while Northampton’s game against Gloucester – also scheduled for Sunday – was cancelled…

“The game at the weekend that was cancelled between Worcester and Northampton, was because Northampton couldn’t get a team out because they had Covid positive tests in their squad,” Greenwood explained.

“Therefore, because they couldn’t get a team out, they forfeited the game.

“What Sale are saying, and Steve Diamond I think made available the 23 that he would have picked last Sunday, was he had a fit and available team that was Covid-free. 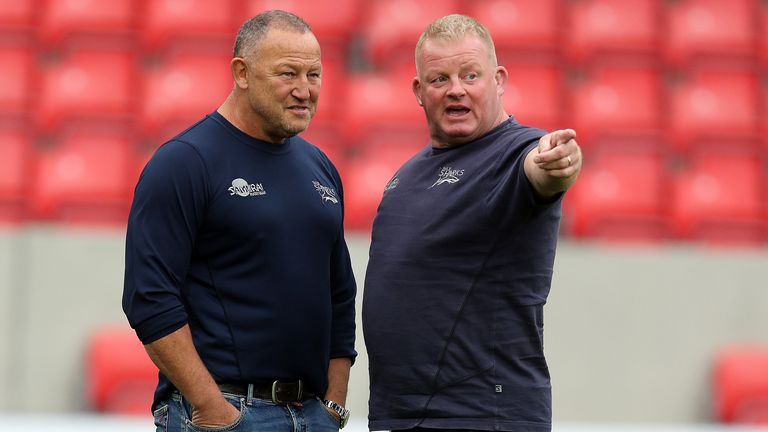 “But Public Health England – given the potential of a local spike, and while they were trying to investigate what had taken place for this surge in positive tests at Sale – in conjunction with Premiership Rugby, decided that because Sale could have put a team out, but it endangers and puts at risk others in and around Sale and particularly Worcester, that in this case they weren’t creating a loophole.

“There was no leniency, they were just dealing with the facts they had – and so they allowed that game to be delayed until Wednesday.

“I sort of get it, people are saying ‘it gives them an unfair advantage’ – but we’re living in such times that occasionally needs must. Necessity is the mother of all invention.

“Don’t chastise them for trying to get a game taking place of that importance when there are particular externalities that are different to the rules that have been stated.

“What Rob Baxter is now saying, is let’s have complete clarification.

“Let’s have no Public Health England involvement, let’s have no grey area, it is a binary decision – it is white or it is black: if you have positive tests, game cancelled, 20-0 to the opponents, move on.

“None of this drawn-out period of media inspection that has the ability, when you’re trying to keep eyeballs and friends, to lose them.”