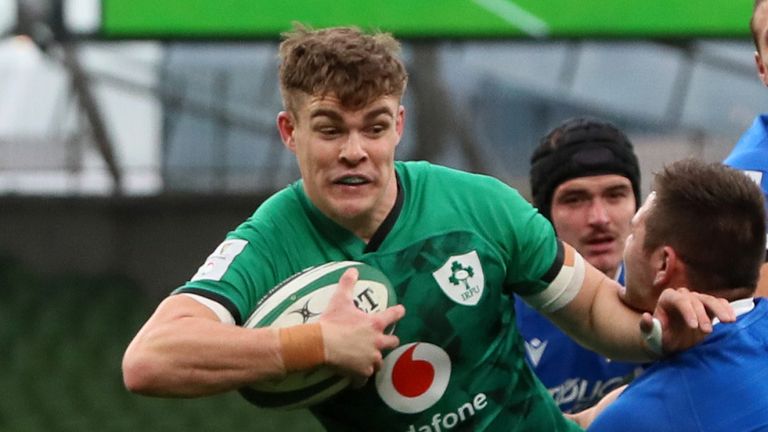 Ireland centre Garry Ringrose will be out for up to six weeks after breaking his jaw in Saturday’s 50-17 Six Nations victory over Italy, coach Andy Farrell confirmed.

Ringrose suffered the injury after his face came in contact with Edoardo Padovani’s knee when he tried to charge down the Italy winger’s clearance during the first half of the contest in an empty Aviva Stadium in Dublin.

The 25-year-old will miss Ireland’s final Six Nations game against France next week, where a bonus-point victory in Paris will guarantee them the title.

“Garry Ringrose has broken his jaw so bad news for us all,” said Farrell.

“He’s been so good for us the last 10 days, he has been absolutely fantastic with his leadership and he was a big part of the reason why we got what we wanted out of today.

“He was unfortunate with his thumb injury earlier in the Six Nations and has come back and had a setback like that which will keep him out for four to six weeks, so we’re gutted for Garry.”

Ringrose could potentially be ruled out of Ireland’s Autumn Nations Cup campaign which starts in November.

Ireland are scheduled to face Wales on November 13, England on November 21, and Georgia eight days later.