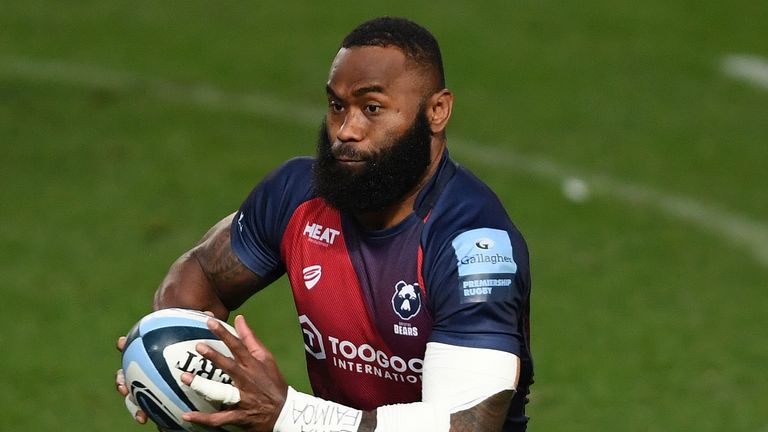 Bristol boss Pat Lam has set his sights on “some great semi-finals” after one of the most difficult weeks in Premiership rugby history.

Play-off contenders Sale Sharks’ climax to the regular season was postponed from Sunday until Wednesday after 16 players and three staff tested positive for Covid-19, then an additional eight positive tests forced the match to be forfeited.

And the organisation intends on publishing its decisions to call off the Sharks fixture and Northampton’s visit to Gloucester in the belief it will vindicate its position.

Lam said: “I sense that for us, and no doubt also for the other three directors of rugby involved in the semi-finals, there is a shared responsibility to put on some great semi-finals. 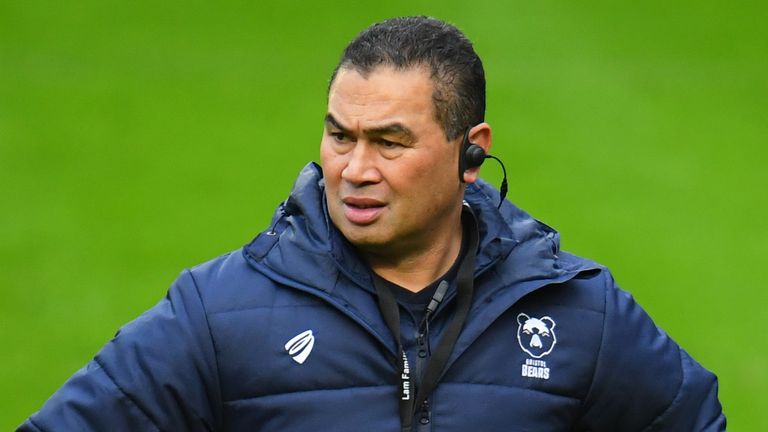 “A lot of things have happened off the field, but what can turn that straightaway is some great rugby.

“I’ve no doubt that Lee (Blackett), Rob (Baxter) and Stu (Hooper) are all keen for their teams to do well and play some exciting rugby to put the focus back on the game.”

Bristol are again without injured full-back Charles Piutau and wing Henry Purdy, so Max Malins and Piers O’Conor are their respective deputies. England prop Kyle Sinckler is on the bench, with John Afoa starting at tighthead, and captain Steven Luatua returns alongside back-row colleagues Ben Earl and Nathan Hughes.

Semi-final team news is in! 📰@WaspsRugby welcome back @joe_launch to captain the side while @jackswillis7 returns to the back-row 🐝@BristolBears face their first #GallagherPrem semi-final in 13 years and Pat Lam has brought his big guns back 🐻#WASvBRI pic.twitter.com/cU5RvDHN3v

Despite the injuries, Bristol still have the big-game players to trouble Wasps – no one more so than their brilliant Fijian centre Semi Radradra – but they will encounter opponents beaten once in their last 12 Premiership games.

That defeat – against Sale – came three matches into the Premiership’s restart on August 25, since when Wasps have posted 246 points and 31 tries.

It could be an attacking extravaganza given the quality on show, but Lam has underlined the importance of watertight defence.

“When you reach this stage, you are playing the best of the best. All teams have that ability to score, so it’s about which team can defend well.”

Exeter will reach a fifth successive Premiership final if they beat Bath at Sandy Park, although the Chiefs have lost on three of those previous Twickenham trips.

Exeter’s England wing Jack Nowell has been ruled out because of a foot injury – it is understood to be a minor issue – but another England wing, Bath powerhouse Joe Cokanasiga, makes his first start since suffering a knee injury last autumn. “I just hope and pray that there won’t be a scenario where we play big semi-finals and finals behind closed doors again, nor do we have midweek games, back-to-back games, European games back-to-back, because it is tough,” said Exeter’s rugby director Rob Baxter.

“That said, our guys are coming through all these experiences very well, and as a player it is something you will be able to talk about for the rest of your lives if it goes well.

Semi-final team news! 📰@ExeterChiefs go full strength as they aim to reach a fifth consecutive #GallagherPrem final 5⃣@bathrugby bid to stop them and have made three changes with @J_cokanasiga set to make his first start in 16 months 🔵⚫️#EXEvBAT pic.twitter.com/cSxEL2cUnA

“As I’ve said to our guys, it’s going to be a huge challenge on Saturday and we are going to have put in a season’s-best performance.”

Assessing the test that awaits in Devon, Bath rugby director Stuart Hooper said: “Exeter are a quality team, and they’ve been a quality team for a long time. They have a strong identity.

“They are aiming to get in their fifth final in a row, so they are a consistent team. But they are beatable, for sure.

“There is a huge amount of belief within the group that we can go there and get the win. We don’t want this run to stop.”