Jimmy Webster's manager has poured cold water on the idea that the out-of-favour St Kilda defender could be traded to Adelaide as part of dealings that would bring Brad Crouch to the Saints.

SEN had reported that the Saints and Crows could contrive to ensure Adelaide got a first-round compensation pick for the outgoing midfielder, who is set to join St Kilda on a long-term deal. 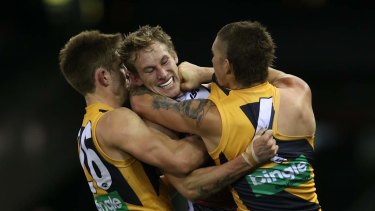 The report said Adelaide could trade late picks for Webster and fellow Saint Luke Dunstan, absorbing the pair's salaries. That would in turn allow St Kilda to offer more for Crouch, bumping the midfielder's salary up to a point that would trigger that first-round compensation selection under the AFL's secret free agency formula.

As it stands, that would provide the Crows with the first two picks in this year's national draft.

However Webster's agent, Peter Lenton of Kapital Sports, said on Sunday that he had not had any contact with Adelaide about Webster and that he expected the Tasmanian backman to remain at Moorabbin in 2021.

"I haven't spoken to Adelaide about Jimmy," Lenton said.

"He's got two years left to run on his contract and while there have been discussions with some clubs, as you would have with any player at this time of year, I expect he'll be at St Kilda next year."

Dunstan, Webster and fellow Saint Dylan Roberton are all contracted for 2021 but the experienced trio has been floated as trade bait after playing just two senior matches between them this year.

Webster, 27, has been limited to just 93 matches in nine years on St Kilda's list, with injuries regularly thwarting his progress. He played the first eight games of 2019 but hasn't appeared at senior level since.

An AFL memo has cast doubt over whether the Crows will receive pick No.2 as compensation for their 2019 best and fairest, with the league stressing that free agency compensation was not designed to fully make up for the loss of a player. 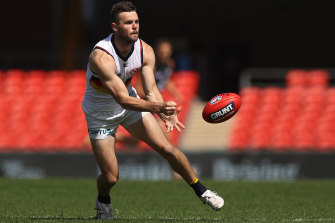 Adelaide are now the outsiders in the race to secure forward Orazio Fantasia, who is seeking a move back to South Australia after seven years with Essendon. Contracted for 2021, Fantasia is likely to join Port Adelaide in the upcoming trade period.

The Saints, meanwhile, are on the hunt for depth in their tall stocks after delisting ex-Geelong ruckman Ryan Abbott.

Essendon have zeroed in on Western Bulldogs midfielder Josh Dunkley but the Dogs remain insistent that they will not trade the 2016 premiership player, who has two years to run on his deal, despite Dunkley's apparent interest in a move to the Dons.

Clubs remain frustrated by the lack of clarity surrounding list sizes for 2021, with a resolution between the AFL and AFL Players' Association over a revised collective bargaining agreement still not forthcoming.

The free agency window is scheduled to begin on Friday, with trade period kicking off on November 4, but AFL chief executive Gillon McLachlan told the league's website he could not guarantee a resolution by that point.

"Short answer is I don't know. I hope so," McLachlan said.

"Discussions are ongoing with the players' association. They're not probably progressing at light speed, but we'll get there and clearly it would be better to know that prior to the trade period, I accept that."