Aaron Ramsey has withdrawn from Wales’ squad for their Nations League game in Bulgaria on Wednesday due to injury.

The Juventus midfielder missed Wales’ 3-0 friendly defeat to England at Wembley last week following a COVID-19 outbreak at the Italian club, but returned to captain the side in the goalless draw against Republic of Ireland on Sunday.

Bournemouth midfielder David Brooks is also missing for Wednesday’s game in Sofia due to injury, along with suspended pair Kieffer Moore and Joe Morrell.

Brooks was a 77th-minute replacement for Daniel James in Dublin, but was not included in the squad for last weekend’s friendly defeat to England. He returned to full training with Bournemouth in February following two ankle operations, which forced him to miss most of the 2019-20 season.

Wales boss Ryan Giggs has defended his decision not to strengthen his squad and says being in a COVID-19 bubble has made the situation “more problematic”.

“We all got tested [for coronavirus] after the Ireland game on Sunday,” Giggs said. “After that it would have been very difficult [to bring players in]. Players would have had fly to Dublin and then Bulgaria. 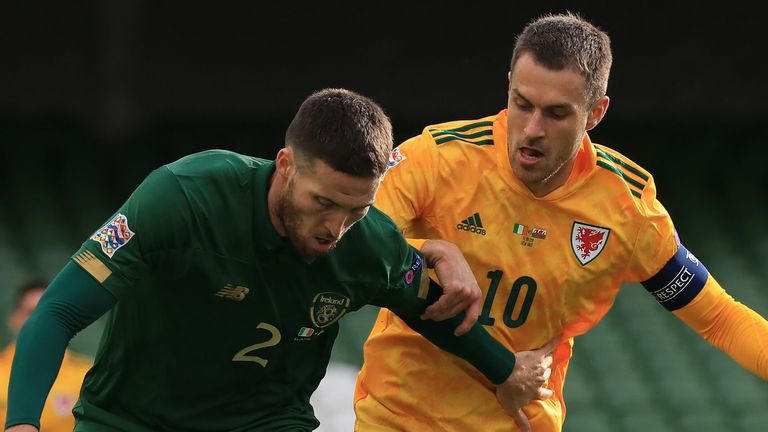 “We just have to deal with the players we’ve got, which is fine.”

Asked if he should have called up a replacement when Hal Robson-Kanu was ruled out with a broken arm two days before last Thursday’s England friendly, Giggs said: “We had 26 players so that was fine.

“I felt with Dan James, Harry Wilson and Brooksy not involved in the England game that they would be three new players coming into two games. So we felt we were fine in that respect.

“It has been more problematic because of the COVID situation. But that wasn’t solely the reason, we felt we had enough players.”

Wales are currently top of Nations League Group B4 after winning two and drawing one of their first three games.