Tensions over United’s lack of transfer activity only grew stronger after they’re humiliating 6-1 defeat to Tottenham on Sunday.

Progress was already being made in talks to sign Alex Telles from Porto and a deal was announced on Monday.

Edinson Cavani was also confirmed by the United to have joined the club as a free agent late in the day.

But signing a right-sided attacker remained a priority for United on transfer deadline day. 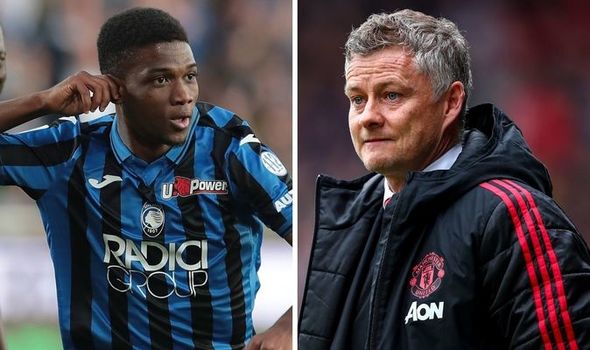 All hopes of signing Jadon Sancho had ended with Borussia Dortmund insisting he would not be sold with no time to bring in a replacement.

United were forced to look at alternative options with Ousmane Dembele being considered.

Barcelona were originally happy to consider a season-long loan, but they reportedly changed their stance late on with United ending their interest.

That opened the door for United to move ahead with plans to sign young Traore from Atalanta.

And United announced an agreement had been reached with the Serie A side for Traore to move to Old Trafford in January.

The Red Devils will reportedly pay £19million up front with a further £8.5m in add-ons.

And it’s clear the 18-year-old was delighted at the news he would be heading to United.

Taking to Instagram, Traore posted a mocked up photo of himself in a United shirt with the caption: “Dreams come true.” 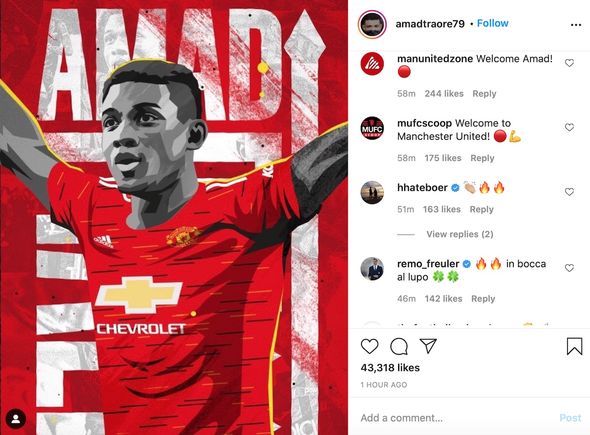 He is highly regarded as a top talent of the future in Serie A, despite having made just three senior appearances for Atalanta.

Traore did become the youngest player at 17 years and 109 days old to score on his Serie A debut in Atalanta’s 7-1 win over Udinese last season.

United state they have been tracking the winger’s development for the past four years.

He will join the Red Devils in January subject to a medical, personal terms and a work permit.