Arsenal’s Eddie Nketiah has joined Alan Shearer and Francis Jeffers as England Under 21s’ joint leading scorer after netting his 13th goal for his country on Wednesday.

The 21-year-old Gunners striker came on as a second-half substitute to slot home in the 83rd minute in the 3-3 UEFA U21 Championship qualifier with Andorra at Estadi Nacional and giving a timely nudge to full England manager Gareth Southgate.

Nketiah’s ninth goal in his last five qualifying games looked to have clinched the win for Aidy Boothroyd’s side. 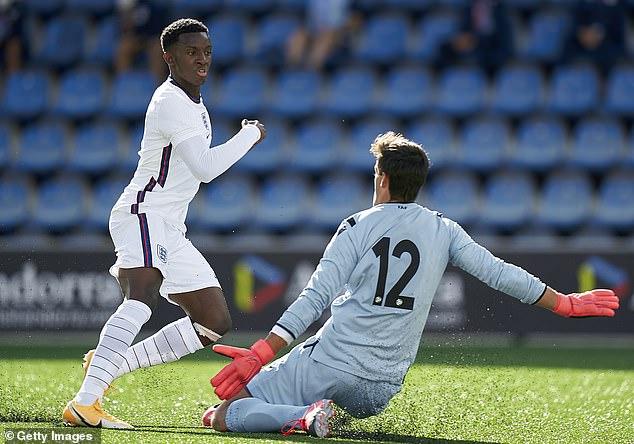 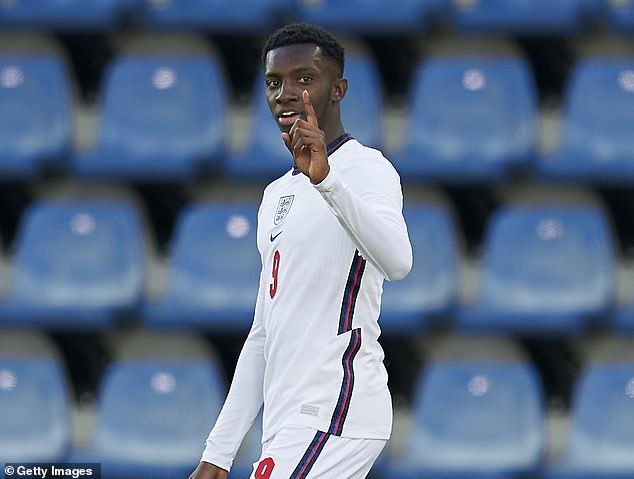 But the minnows grabbed a shock draw with seven minutes remaining as Christian Garcia claimed a share of the points.

Nketiah now has the same strike rate as Shearer, with his 13 goals coming in 11 appearances for the U21s.

And his form has already prompted suggestions from his Arsenal club boss Mikel Arteta that he could be on the brink of a senior England call-up having established himself in the Gunners’ first team at the start of 2020-21 season with two goals in four appearances so far.

Match of the Day pundit Shearer – the Premier League’s all-time leading scorer with 260 – translated his Young Lions form into the full England team, with the former Newcastle, Blackburn and Southampton marksman striking 30 goals in 63 appearances for his country. 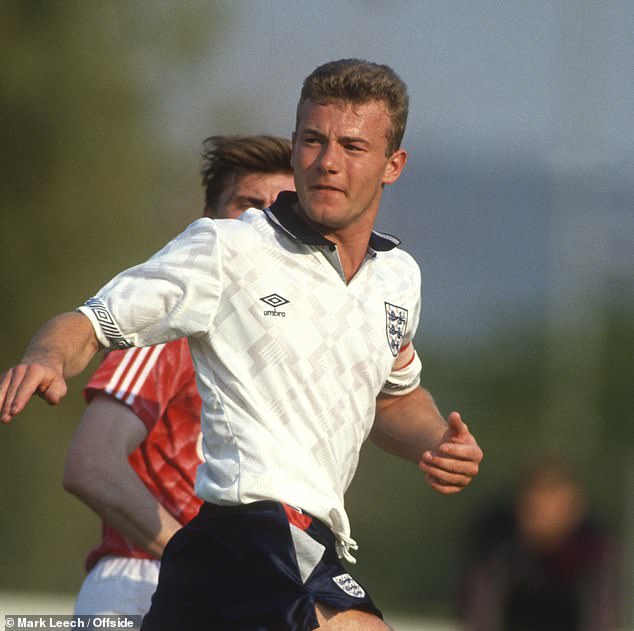 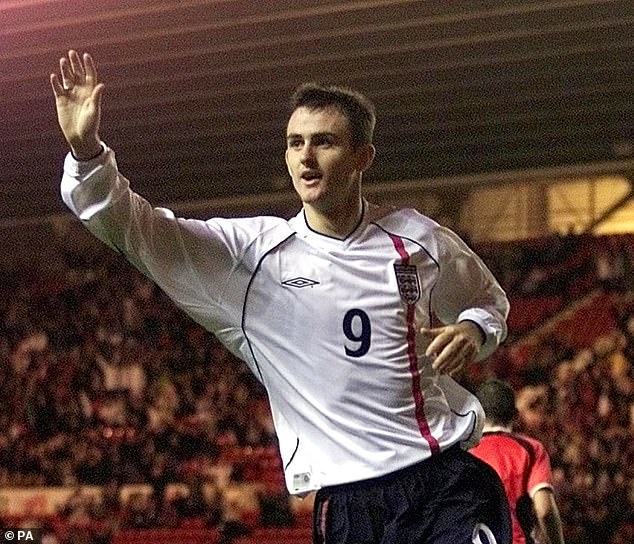 Jeffers’ 13 U21 goals came from 16 games, and he earned just one cap for the full England team, scoring in a dismal defeat by Australia in 2003.  Once described as his ‘Fox in the Box’ by Arsene Wenger, Jeffers’ career sadly only went downhill after he joined Arsenal for £8million from boyhood club Everton – where he is now a coach of the club’s U-23 side.

Reflecting on Nketiah’s landmark, boss Boothroyd said: ‘Eddie is in esteemed company, isn’t he? He took his goal really well, and a great pass from Eberechi Eze to play him in.

‘I am really pleased with Eddie. He is the captain of the team when he plays, he is great off the pitch as well as off the pitch, and if he can emulate the guy he now shares the record with he’ll have had a brilliant career at the end of it. ‘

England remain unbeaten to stay top of Group Three with six wins from seven games, but it was a poor display and their hosts greeted the result at the full-time whistle with sheer jubilance.

Victory over Turkey at Molineux on Tuesday will secure qualification – and England still boast 19 points from seven games – but Wednesday’s draw was a wake-up call for Boothroyd’s side.