Barcelona star Antoine Griezmann is open to joining PSG, according to reports in Spain. And that’s because his relationship with Lionel Messi still leaves much to be desired. The France international has found the net just 15 times for the La Liga giants since arriving from Atletico Madrid in the summer transfer window of 2019.

Barcelona signed Griezmann in 2019 because they thought he’d be the ticket to Champions League glory.

Despite Messi and other figures within the dressing room wanting Neymar to be pursued, the Catalan giants decided to fork out £105million on the France international instead.

Griezmann has struggled at Barcelona, however, finding the net just 15 times since his move.

That’s led to talk that he’s now on PSG’s radar as a result, with the Ligue 1 titans enticed by the prospect of fielding him alongside the likes of Neymar, Mauro Icardi and Kylian Mbappe.

And OkDiario claim Griezmann is interested in a move to France. 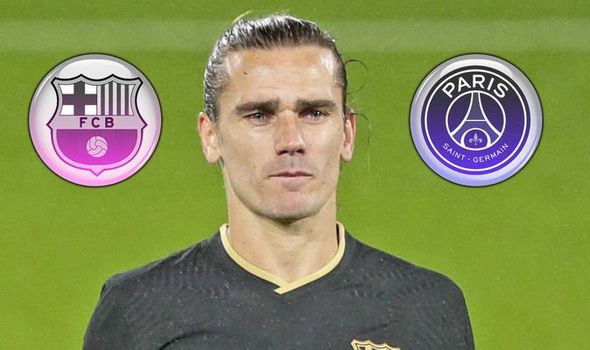 He’s said to feel this way because of his relationship with Messi, who he supposedly don’t get on with behind the scenes.

Griezmann is also enticed by the prospect of making history in his own country, with PSG now established as one of the best teams on the planet.

And whether the 29-year-old moves to the Parc des Princes is something only time will tell.

Griezmann recently scored for France in their Nations League victory after Croatia, finding the net just days after Ronald Koeman had criticised him for failing to net against Sevilla.

And the 2018 World Cup winner appeared to aim a dig at the Dutchman after the game by saying: “The coach [Didier Deschamps] knows where to play me. 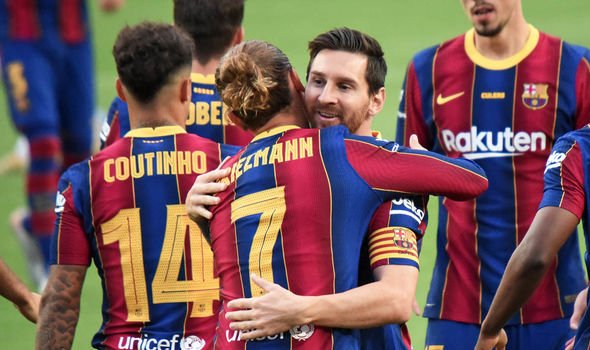 “So I take advantage of that situation, of that position and from the confidence of the coach and teammates.”

The Barcelona star recently vowed to stay and fight for his place at the Nou Camp, however, saying: “Is my future at Barca? Yes.

“I don’t know why people invent destinations to see if one day they will be right.

“There I am very good, I know I have the confidence of the club and the coach, so I am fine. It has been a very complicated season for all of us but we aim to restart again.”

Tottenham star Hugo Lloris recently defended Griezmann from criticism, saying: “You can’t question a player like Antoine Griezmann because of all he has done and all he has brought to France in recent years.

“All players have ups and downs.

“There are times when you succeed more than others. He is currently going through a slightly complicated period in attack, but above all, I see a player who is ready to defend and make the effort for his team-mates. There is no question about that.

“We have to keep our backs to the wall and help him, too. He has our full confidence.

“We know he has the ability to make the difference in truly important moments for France.

“Let’s be patient but, in any case, France can only be strong if we are all united and not pointing the finger at any individual player.”