England face the Republic of Ireland tonight in their first fixture of the November international break, and Gareth Southgate has some key decisions to make. Express Sport has all the latest team news and a prediction for how Southgate’s side will line up.

England have three games in the current international break, with fixtures against the Republic of Ireland, Belgium and Iceland to come in the next week.

The defender went down off the ball clutching his knee, with fears he could miss significant game time.

As a result, he withdrew from the squad, leaving Southgate with a dilemma at the back about how to set up his defence. 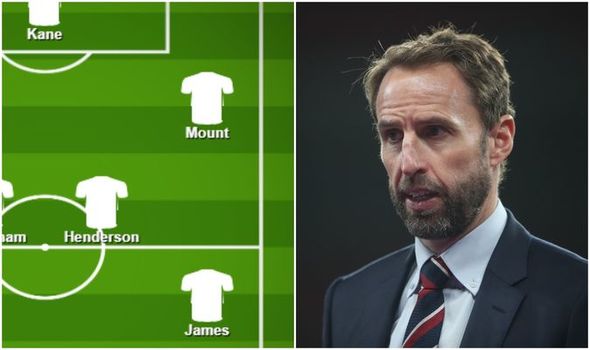 The England boss has preferred to play a back five – three centre-backs and two wing-backs – but could be tempted to go more solid with a back four tonight.

He still has plenty of options in the centre-back position, with Connor Coady, Eric Dier, Harry Maguire, Tyrone Mings and Kyle Walker all capable of playing in Gomez’s absence.

For that reason, he is likely to keep his back five, with Coady, Maguire and Mings starting against Ireland.

One decision Southgate has been vocal about is his goalkeeper, as Jordan Pickford is set to play despite questionable performances for Everton.

Southgate has called on the supporting cast of keepers to do more to put pressure on Pickford, with Nick Pope admitting he needs to improve in order to challenge.

At wing-back, Bukayo Saka will more than likely play out on the left, as he does for Arsenal, with Reece James over on the opposite flank.

In the middle of midfield, Southgate could hand a debut to 17-year-old Jude Bellingham, who was called up from the under-21 side after James Ward-Prowse withdrew through injury.

The Borussia Dortmund wonderkid has apparently impressed in training, as Southgate confirmed he is going to get minutes at some point during the current round of fixtures, and could play alongside experienced head Jordan Henderson in the middle. 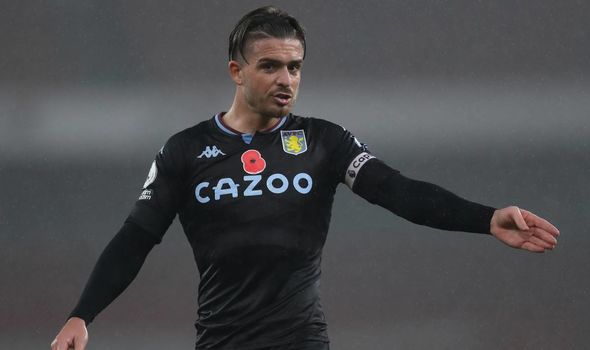 He said: “It’s always interesting to see the reaction when we select a player because people are immediately talking about other players without understanding why we’ve called Jude up.

“Positionally he’s playing in a two-man midfield at Dortmund so he’s in the exact position we lost a player in James Ward-Prowse but the bigger picture is that at times we select older players to come in a challenge for places.

“But in this instance, we’re giving a young player a chance to work with us, he’ll have a brilliant experience with us for a few days. If we can get him on the pitch to get some match minutes it’ll be a bonus.

“It’s not a decision that he’s better than one or two older players I’ve heard mentioned, although they don’t play in the same position. Whether he stays with us for the full week we’ll decide afterward.” 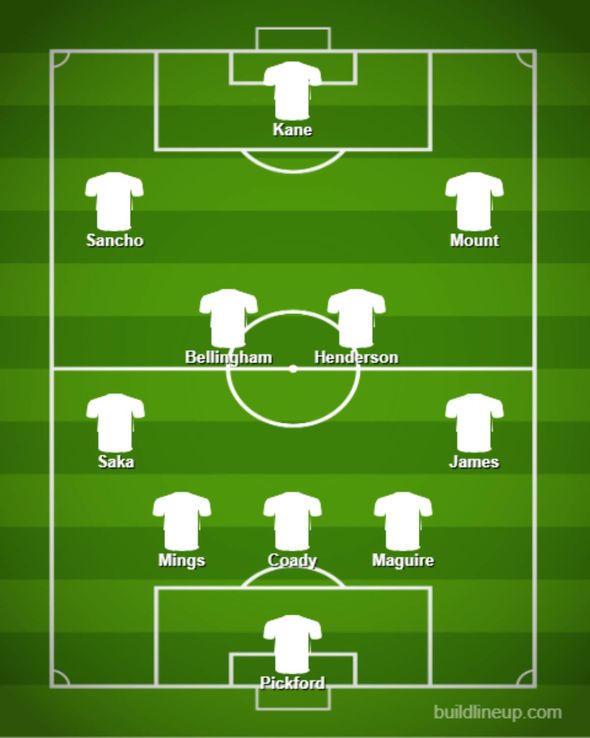 Up top, Southgate faces more pressure than ever to start Jack Grealish after his spellbinding form for Aston Villa.

However, it seems more likely he will play Mason Mount out wide due to his defensive capability, with Jadon Sancho out on the other wing.

Through the middle, Southgate risks the wrath of Jose Mourinho if he starts Harry Kane, but also has Tammy Abraham and Dominic Calvert-Lewin available.

He’s never shied away from picking his best XI, however, and for that reason the Tottenham talisman is likely to lead the line tonight.