Everton have completed the signing of Norwich defender Ben Godfrey in a deal which could be worth almost £30million.

The Toffees, who are top of the Premier League table, will pay £25m up-front for the 22-year-old centre back, with almost £5m more in potential add-ons. 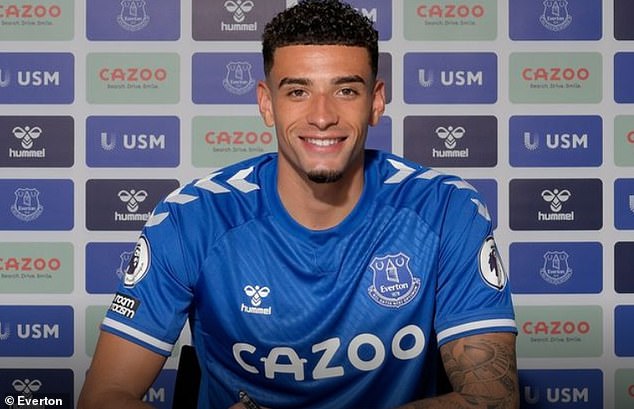 ‘It is an honour to sign for Everton and to be part of a huge club,’ Godfrey told evertonfc.com. ‘I am very thankful for the opportunity and I can’t wait to get started.

‘The aim for me at Everton is to win trophies and win games. I like to win. I wear my heart on my sleeve. I care and I am a passionate lad.

‘The fans can guarantee they will get 110 per cent out of me when I am on the pitch.’

Ancelotti was forced to move for a new central defender following injuries to Mason Holgate in pre-season and youngster Jarrad Branthwaite in the Carabao Cup.

Godfrey will compete with Michael Keane and Yerry Mina for a starting berth in the coming weeks, but he is also capable of playing in midfield and at full back. 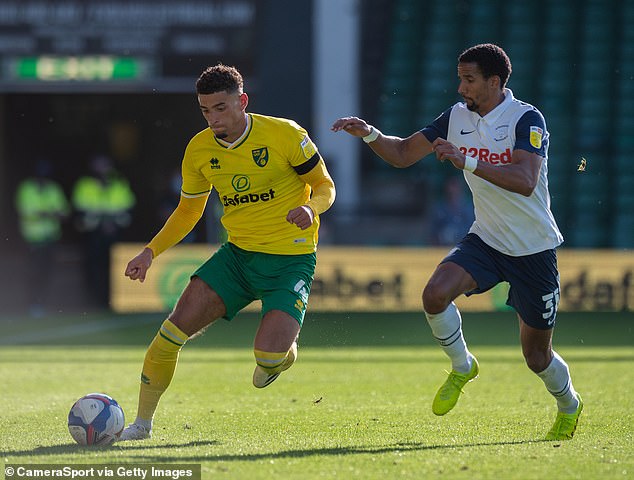 Godfrey, pictured in action last month, made 78 appearances for Norwich in all competitions

‘This is a club full of history that has an exciting team full of world-class players who will help me kick on to the next level,’ he added. ‘I am looking forward to working with them and, hopefully, having great times with Everton football club.

‘Carlo Ancelotti, Marcel Brands and the board want success for the club and it is really exciting to be here.

‘The manager’s past speaks for itself. He has worked with some top-class centre-backs. I will be able to learn so much from him and he is going to help me get to that next level, which is where I want to be.’

Godrey came through the ranks at his hometown club York before joining Norwich when he turned 18 in 2016.

He played 78 times for the Canaries in all competitions and helped them to promotion to the Premier League during the 2018-19 Championship season.

The versatile defender has represented England at Under 20 and Under 21 level and will now link up with new team-mate Tom Davies during the international break before beginning the next chapter of his career on Merseyside.