FA chairman Greg Clarke has apologised for referring to “coloured footballers” while giving evidence to MPs.

Clarke was answering a question around the difficulty of gay players in the men’s game coming out because of social media backlash. 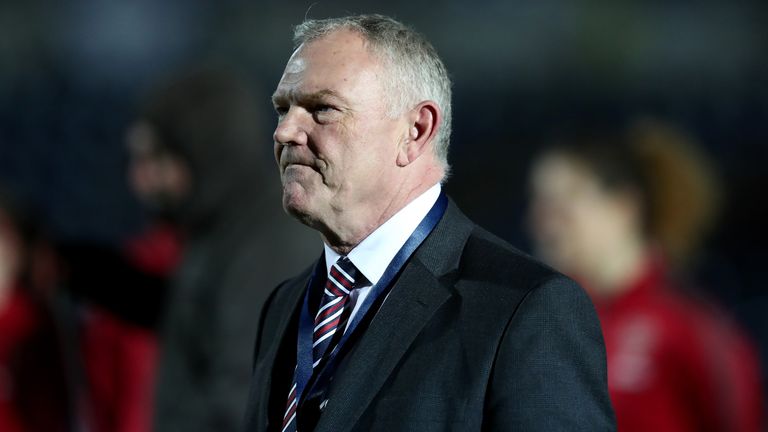 A few minutes later, DCMS committee member Kevin Brennan MP asked Clarke if he wished to withdraw the use of the word “coloured”.

“If I said it, I deeply apologise for it,” Clarke replied.

“Secondly, I am a product of having worked overseas, I worked in the USA for many years, where I was required to use the term ‘people of colour’ sometimes because that was the product of their diversity legislation and positive discrimination format. Sometimes I trip over my words.”

A statement released on Twitter by The FA shortly after the hearing read: “Greg Clarke is deeply apologetic for the language he used to reference members of the ethnic minority community during the select committee hearing today.

Greg Clarke is deeply apologetic for the language he used to reference members of the ethnic minority community during the select committee hearing today. He acknowledged that using the term ‘coloured’ is not appropriate and wholeheartedly apologised during the hearing.

“He acknowledged that using the term ‘coloured’ is not appropriate and wholeheartedly apologised during the hearing.”

Clarke was also criticised for referencing ‘differing career interests’ between people from south Asian and African-Caribbean backgrounds when he was asked what the FA was doing to improve diversity within the governing body.

“I was talking to the chair of a county FA from the west country. He has tried to now make sure he has representation within diverse communities,” Clarke said.

“(He told me) ‘I’m over-committed with South Asians, I’m not getting enough people from Afro-Caribbean backgrounds’.

“The BAME communities aren’t an amorphous mass. If you look at top-level football, the Afro-Caribbean community is over-represented versus the South Asian community.

“If you go to the IT department at the FA, there’s a lot more South Asians than there are Afro-Caribbeans. They have different career interests.”

Later, Clarke discussed the environment in football that would await a male professional player who came out publicly as gay. In doing so, he used the phrase “life choice”, although it was unclear whether he was referring to sexuality itself or the decision such a player would make to come out.

“The real issue is once you run out in front of 60,000 people and you decided on Monday that you wanted to disclose your sexuality – and I would never pressure anybody to disclose their sexuality – what I would want to do is to know that anybody who runs out onto the pitch and says, ‘I’m gay. I’m proud of it and I’m happy. It’s a life choice, and I’ve made it because my life is a better place’, I’d like to believe and I do believe they would have the support of their mates in the changing room,” Clarke said.

“I believe we have things in place so that anybody who misbehaves in terms of homophobic or misogynistic or racist abuse, we will find them and we will ban them from football, we have the power.”

DCMS chair: I accept apology… but is Clarke right man to lead FA?

In an interview with Sky Sports News after the apology, the chair of the DCMS select committee Julian Knight MP questioned if Clarke was the right man to lead the FA.

“If someone apologises and it’s heartfelt, I do believe that in life you need to accept that apology and move on.

“However, you can’t ignore the issue that the Football Association has highlighted on our select committee in the past, from the evidence of Eni Aluko, [it] has form in this area and has let large parts of the football community down I think over many years.

“It’s now seemingly improving. A lot of that good and that good communication was outdone with the use of that phraseology and one has to wonder whether or not frankly he is the correct person in terms of at least communicating the mission of the FA.”

In 2017, following a long legal dispute, former England player Aluko received an apology from the FA for discriminatory remarks made by former England head coach Mark Sampson on the grounds of race.

Clarke’s remarks were also criticised by former Premier League defender Anton Ferdinand, who wrote: “I appreciate that the FA are doing some good work with their diversity campaign but it’s important the chairman Greg Clarke knows using the term “coloured footballers” to reference people of ethnicity is unacceptable!!!! Clearly education is needed at all levels.”

Kick It Out: ‘Coloured’ comments should be consigned to dustbin of history

In a statement on social media, Sanjay Bhandari, the chair of anti-discrimination organisation Kick It Out, criticised the comments from Clarke.

He said: “I was extremely disappointed to see Greg Clarke’s comments today in the DCMS select committee.

“His use of outdated language to describe Black and Asian people as ‘coloured’ is from decades ago and should remain consigned to the dustbin of history.

Our response to comments made today by Greg Clarke at the DCMS Select Committee 👇🏽 pic.twitter.com/uZ7Iep4PMt

“Being gay is not a ‘life choice’ as he claimed too. The casual sexism of saying ‘girls’ do not like balls hit at them hard, is staggering from anyone, let alone the leader of our national game.

“It is completely unacceptable. I was particularly concerned by the use of lazy racist stereotypes about South Asians and their supposed career preferences. It reflects similar lazy stereotypes I have heard have been spouted at club academy level.

“That kind of attitude may well partially explain why South Asians are statistically the most under-represented ethnic minority on the pitch.

“Football needs to step up and address this lack of representation of South Asians on the pitch – there has been virtually no progress in 40 years.

“My experience as a South Asian is that we do not have different career aspirations, but we have different outcomes. Talent is evenly distributed, but opportunity is not. The football bodies need to focus on spreading that opportunity evenly and removing the kind of systemic bias that these lazy stereotypes reflect.

“I have seen the good work that the FA have been doing to create a more inclusive game, not least in the Diversity in Football Leadership Code.

“The FA has rightly been applauded for leading that effort. But these comments indicate that more still needs to be done to challenge attitudes. For all the steps made forward recently, the comments expressed today are a big step backwards.”

Language Matters. Football should be everyone's game. Read our statement below regarding Greg Clarke’s comments at the DCMS Select Committee: https://t.co/lnTJYvxuft

In a statement, Maria Munir, Associate Director of Community Engagement at the LGBT+ equality charity Stonewall, said: “The language we use matters, which is why it’s a shame Greg Clarke used such a harmful phrase like ‘life choice’ to describe being gay.

“It was also deeply upsetting to hear the archaic words and stereotypes he used to describe Black and Asian people, along with sexist stereotypes about players from the women’s game.

“We hope Greg Clarke and the FA will swiftly apologise for his comments – like they did for the words he used to refer to Black and Asian players today.

“This highlights how much more there is to do before football is everyone’s game. Words have impact; they influence the way that people are treated on a personal level, as well as the institutional opportunities that are available to sportspeople.

“We’d encourage Greg Clarke to listen to and learn from all marginalised people, so we can work towards a world where everyone is accepted without exception.”