The Football Association has urged Premier League clubs to accept its new system that will block “lower quality foreign players” from joining in the January transfer window.

FA chairman Greg Clarke has warned that present club proposals could “if unchecked, destroy the pipeline of talent for the England teams”.

Premier League clubs have until October 31 to reach an agreement with the FA over a new system that must be in place by January.

The current entry requirements must change as the transition period for leaving the European Union ends at the end of the year.

“Whatever we do it’s inevitable that your access to European talent will be reduced from the current free access, however we want to increase the access you have to non-European talent so that the Premier League can maintain its position as the leading league in the world,” Clarke wrote to every Premier League club on Thursday, in a four-page document seen by Sky Sports News.

“We want to do this in such a way that protects the remainder of the pyramid and our national teams.

“Government requirements are that players coming to play here should be internationally established at the highest level; making a significant contribution to football; and not taking the place of already settled talent. All of these need to be reflected in the new system.

“As with every other sector in the UK, Brexit means it will be more difficult to recruit internationally. The Government has been clear that they expect all sectors to follow these principles and football will not be afforded an exemption.”

The FA has been in talks over two years and believes it has developed a “modern, progressive points-based system which will replace the blunt international appearances model currently in use for non-EEA players”. 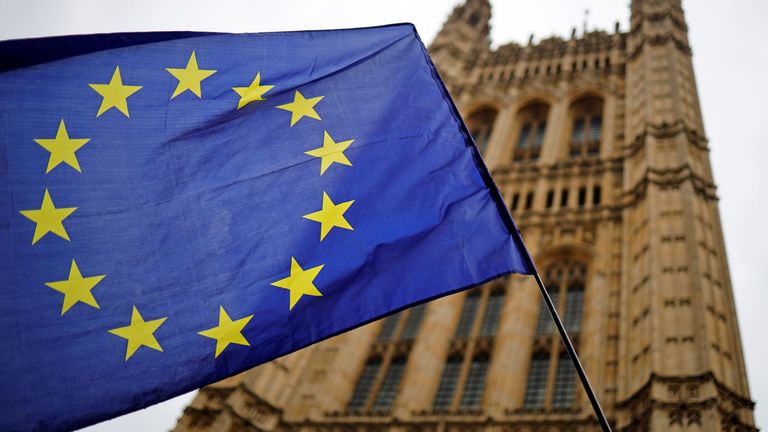 Clarke wrote: “The system has been designed to give clubs greater access than ever before to the global market. The Premier League has the highest market share of all the top European nations’ players playing outside their home league; but a much lower share for South American and African nations’ players due to the historical system.

“The new system gives a 500% uplift on guaranteed access to non-European talent, whilst also allowing the European talent in. However, the system doesn’t allow access to lower quality foreign players who block the development pathway for home-grown players – and who rarely get to play.

“Please be assured you still have access to talented young players; they have not been excluded.”

The FA does not support the main proposal from the Premier League which, it is claimed, is to “implement the lower bar and then to increase it in the future if the number of homegrown players drops to an even lower level”.

Clarke warned: “This would be closing the floodgates after the flood.”

He wrote: “They have asked that any player registered with a team receives points for that club’s performance (League position, League band and Continental progression) even if they have not played a game; the Home Office is quite clear that a player must play to get points so this will simply not be possible.

“They have also requested we include substantial points scored for youth internationals; but the Home Office is not supportive of the current proposal as these players are not internationally established at the highest level. For example, in the proposal a single youth international appearance would give the same points as Mo Salah receives for his entire Egypt career. That will not be accepted by Government.

“And finally, the League wants a lower point score to allow entry. This latter point is an area that we can discuss if the League is prepared to propose league rule changes to safeguard national talent.”

Clarke added: “Overall the changes that are requested to our model relate predominantly to young, unproven players and would have virtually no impact on first team signings.

“We appreciate that there could be cost savings for clubs in being able to sign players before they are established, if they then develop to valuable assets, but we believe that providing the additional access requested would have a detrimental effect on the development of home-grown players.

“We simply can’t agree to changes that could, if unchecked, destroy the pipeline of talent for the England teams. We want to maintain our relationship with you and urge you to consider changes to your League rules to provide these checks and balances.”

The FA says Premier League clubs must reach an agreement this month, or the governing body’s system will be put forward.

“If we are unable to agree any new changes, we will submit our current system to the Home Office for implementation in the January transfer window,” Clarke wrote. “The Government have given us an extension to the end of October to submit the model.”