The Football Association of Ireland (FAI) will launch an investigation after a member of the Republic of Ireland squad tested negative for coronavirus just hours after testing positive.

The player, who has not been named, will undergo another test on Tuesday morning as Stephen Kenny’s side prepare to travel to Finland for Wednesday night’s UEFA Nations League fixture.

An FAI statement released on Monday read: “The Football Association of Ireland can confirm that a member of Stephen Kenny’s Ireland squad has returned a negative result from a second Covid-19 test today after first returning a positive result from a UEFA test undertaken on Sunday evening.

“The player – who cannot be named at this time – first received a positive result from the UEFA testers on Monday morning in the latest round of UEFA testing for Covid-19 ahead of the Nations League game against Finland in Helsinki on Wednesday.

“The FAI medical team then organised a second test for the player which returned a negative result this afternoon.

“The player will now be retested as soon as possible before the team’s flight to Finland on Tuesday morning. The HSE and UEFA have been informed of this result.” 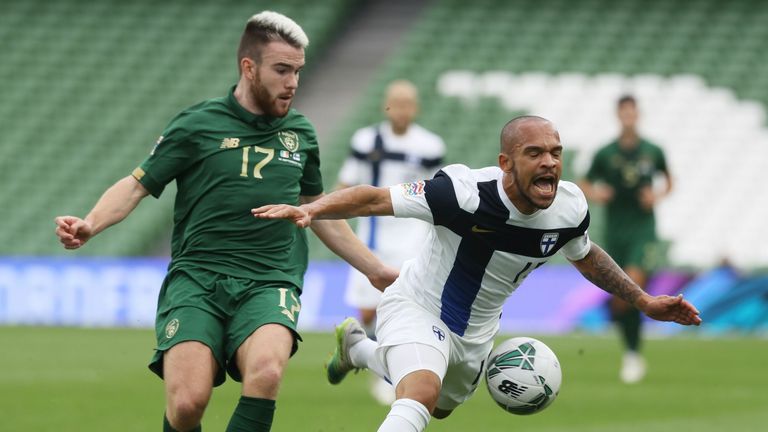 The news comes after it emerged the staff member whose test in Slovakia, which prompted the withdrawals of Aaron Connolly and Adam Idah from Thursday night’s Euro 2020 play-off semi-final, had been a false positive.

It is not the first example of coronavirus protocols severely affecting manager Kenny’s plans over the last week.

Connolly has since been given permission to rejoin the Republic of Ireland squad.

Interim chief executive of the FAI Gary Owens, added: “This negative result following a positive has been reported to UEFA and the HSE and we are in communication with both UEFA and the HSE regarding the player’s availability for the Finland game.”