Freddy Adu, the former American wonderkid who was once dubbed the ‘next Pele’ and had a trial at Manchester United, signs for his FIFTEENTH club aged 31 – a Swedish fishing village team called Osterlen FF

One-time wonderkid and former MLS star Freddy Adu has made an unexpected return to football by joining a third-tier Swedish team that is based in a small fishing village with a population of just 400 people.

Adu made his MLS debut aged just 14 and was tipped to reach the very top of the game but he never hit the heights his prodigious talent deserved or demanded.

Now aged 31, the attacking midfielder reappeared on Wednesday after two years out by signing for Osterlen FF, which is based in the town of Brantevik in the far south east of Sweden. 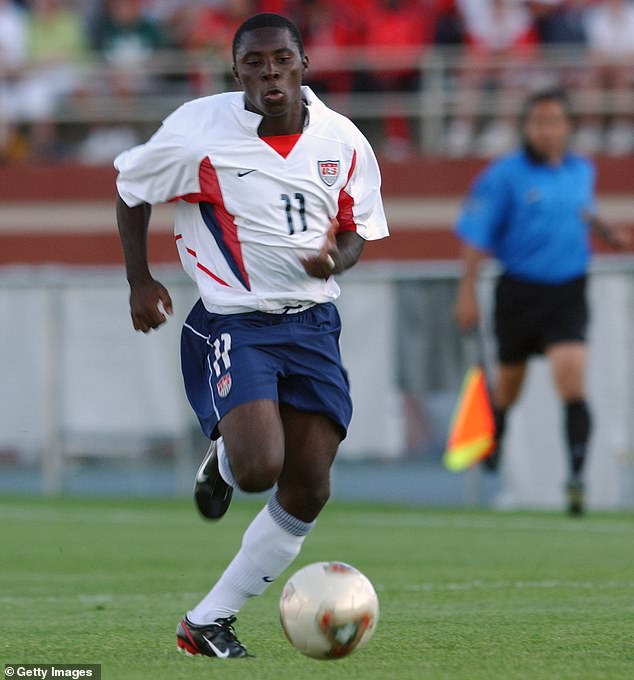 The move is the latest in a career that has spanned nine countries, taking in 15 clubs on three continents during 17 years.

The signing was accompanied by no fanfare with US journalist, Ives Galarcep, breaking the news on Twitter.

And Adu welcomed the deal in a couple of tweets.

‘Missed this sport so much and just happy to have the opportunity to be playing again, one step at a time,’ Adu said in his Tweet after joining Osterlen, who are currently top of the third tier in the Scandinavian country.

‘Skipped a lot of steps in the past but now I get a chance to do it right. I’m excited and never been more ready!’

It was a far cry from how it all began when he became the youngest player ever to sign a professional contract in the US as he joined DC United aged 14, after he was picked in the 2014 MLS Superdraft.

He was capped by the US at the age of 16, going on to earn 17 caps, with two goals, and had commentators rubbing their hands in excitement, predicting Adu would be the next Pele.

As his star rose stateside, Adu was linked with moves to Chelsea and Manchester United and was even pictured in United’s training gear at Carrington in 2006, but he did not have a work permit and youngster returned home.

Instead, Adu signed for Real Salt Lake in 2007 before moving to Benfica in Portugal later that year for a fee of £1.35million.

However, he never realised his potential, or lived up to the expectation that his youthful emergence had created. 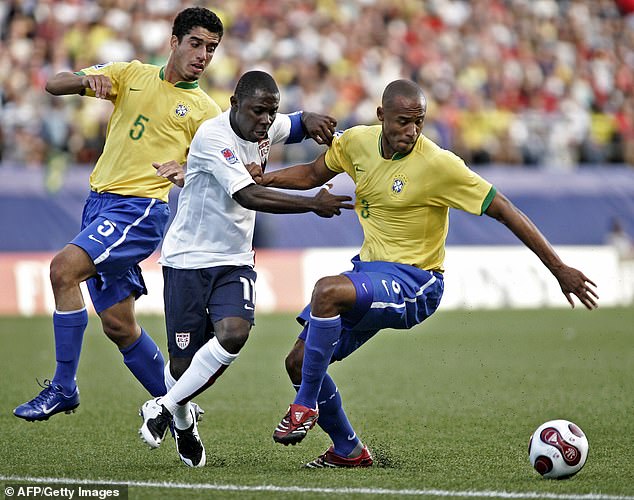 Adu played for the United States at senior, U17s, U20s (pictured against Brazil) and U23s levels

He struggled to make a lasting impression in Portugal and headed out on several loan spells, including to French side Monaco in 2008.

Adu returned to the United States in 2011 with Philadelphia Union and was there for two years, making 35 appearances and scoring seven times. 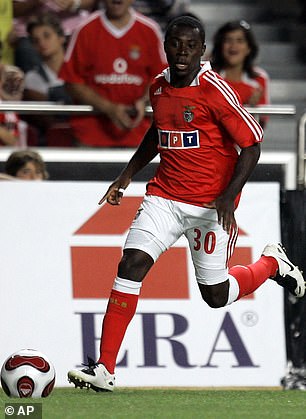 However, he was on his way again in 2013 and has since played for Bahia, a second-tier Brazilian side, Jagodina, a Serbian SuperLig club and KuPS in Finland’s Premier League, who sent him on loan to KuFu 98 in 2015.

In a bizarre incident in 2017, Adu was signed on trial for Polish club Sandecja Nowy Sacz, only for the coach, Radoslaw Mrockowski, to declare: ‘This is not my idea.’

Before adding: ‘I just heard someone picked him up from the airport.’

It didn’t work out.

Adu found his way back to the US and linked up with Tampa Bay Rowdies before moving on again to Murkowski the Las Vegas Lights in the USL Championship, where he ended a three-year goal drought, scoring in June 2018 on his 29th birthday.

However, that strike did not herald a return to form and Adu drifted out of the game just before Christmas that year. He went on to coach young players in the US city of Baltimore before re-emerging in Sweden, with Osterlen. 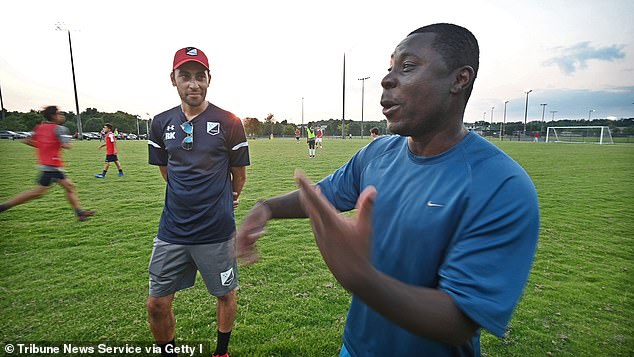 Adu moved to the US as a result of the Green Card lottery, which his mother won when he was eight, allowing him and his family to move from Ghana.

He started his football career at DC United, after being drafted as the first overall pick in the 2004 MLS Superdraft aged just 14. Adu was the youngest player to ever be up for selection in the draft, and the youngest pick.

On April 3, just three months after the draft, Adu made his professional debut for DC United in their MLS opener against San Jose Earthquakes. In doing so he became the youngest player in the history of professional American sports. 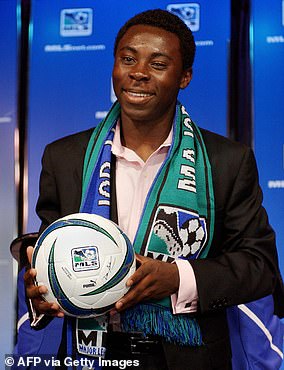 Two weeks after his debut, Adu continued to make history, scoring his first professional goal away at the now disbanded MetroStars.

Adu finished his first season with 30 appearances, scoring five goals, as well as gaining an assist in the play-offs as DC United won the MLS Cup. Adu featured in the final, making a second half substitute appearance.

In 2005 Adu was nominated for the first FIFPRO Young player of the year, losing out to none other than Wayne Rooney. A year later Adu’s stock continued to rise, as he was voted into the MLS All-Star team for the second year running.

After a stellar first season in MLS with DC United, Adu started to gain attention from abroad, and accepted a two-week trial with Manchester United. Unfortunately his work permit was declined and he was unable to play competitive games, and subsequently wasn’t taken on.

Adu moved onto Real Salt Lake in December 2006 ahead of the 2007 MLS season, where he lasted half a season before a transfer to Benfica.

Adu’s stint in Portugal lasted for four years, though he only made 11 appearances for the team. No less than four loan spells came in that time, with unsuccessful stints at Monaco, Belenenses, Aris and Caykur Rizespor.

At the end of Adu’s contract, he returned to MLS, signing with Philadelphia Union in 2011. He spent two years in Philadelphia, scoring seven goals in the process before joining Brazilian club Bahia. 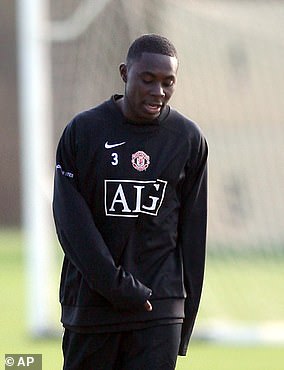 Adu was spotted at Manchester United’s training ground in 2006

After a string of unsuccessful trials, Adu signed an 18 month deal with FK Jagodina in 2014. He made one first team appearance before his contract was terminated. Adu moved to Finland, joinining KuPS, making five first team appearances and three for the side’s reserve team in the Finnish third division.

Four months after joining, KuPS released Adu, and he returned home to sign for the Tampa Bay Rowdies of the North American Soccer League. Adu made twelve appearances before being released again in 2016.

Adu went on trial with Portland Timbers ahead of 2017 MLS season but fails to earn a contract.

He found an opening with Tampa Bay Rowdies before moving on to Las Vegas Lights in the USL Championship.

After two years out of the game, Adu has turned up in a Swedish fishing village population 400 to play for Osterlen FF.