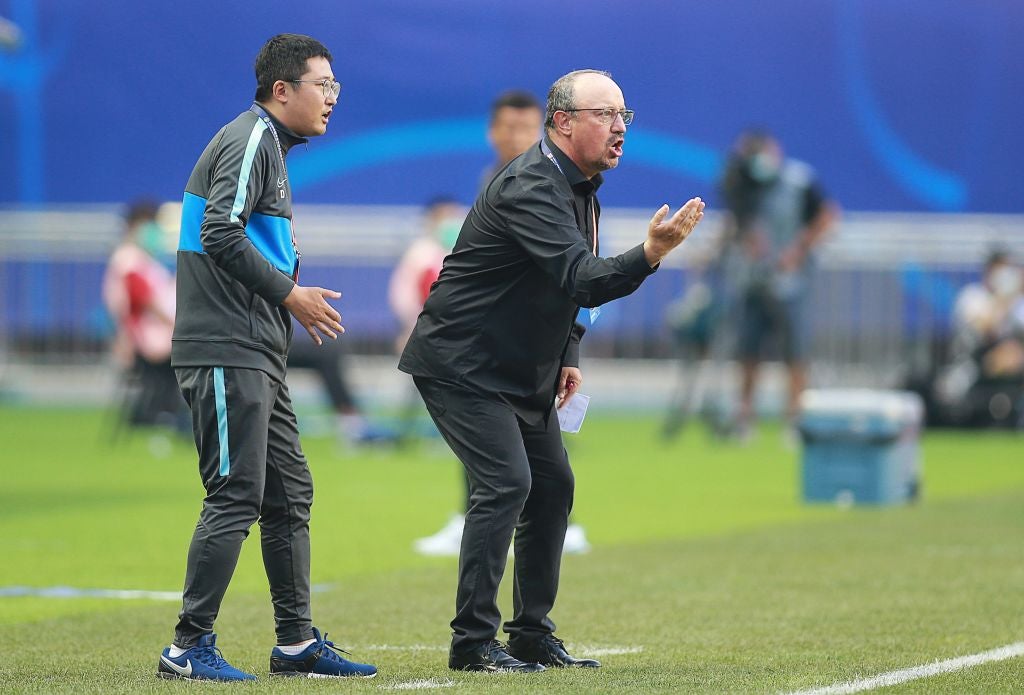 Last season Dalian were comfortably mid-table and Benitez was able to take frequent two-week trips home to the Wirral because of China’s long international breaks. Despite the distance, he was able to spend more quality time with his family than when he was in charge at St James’ Park. This year has been different.

The coronavirus emergency put a block on trips to Britain. The quarantine periods involved at both ends made it impossible to leave China. During the first part of the campaign, the league was split into two eight-team divisions, one based in Dalian and the other in Suzhou. Managers, staff and players have been sequestered in hotels, completing repeated tests for Covid-19. Benitez has undergone more than 20. In this hothouse atmosphere, tensions can build. Foreign players across the league have been irked that they were unable to jet off on international duty.

Salomon Rondon, Dalian’s main striking threat with nine goals in 14 games so far, is kicking his heels in China while Venezuela face crucial World Cup qualifying matches against Colombia and Paraguay. The former Newcastle forward is unhappy at being blocked by the club from travelling to South America. The last thing Benitez needs going into the relegation phase of the season against Shijiazhuang Ever Bright next week is an unhappy goalscorer.

Dalian are already short-handed. Marek Hamsik, the midfielder, went ahead and travelled back to Slovakia for his country’s Euro 2020 playoff against Ireland tomorrow. The circumstances are far from ideal.

In the immediate future, the man who has won two La Liga titles, the Champions League, the Europa League and Uefa Cup, the FA Cup and the Coppa Italia, is facing the ignominious task of keeping Dalian in the CSL. Benitez sees the task as part of a much bigger role, though. He is channelling his notorious work ethic into trying to create a legacy in north-east China. Much of his time has been spent attempting to build an infrastructure that will remain after he departs Dalian. Some of that has been interrupted by the pandemic – last year he brought in Spanish coaches to work with players from across the age groups – but he is keen to continue the process. He has also helped oversee the development of a £250million training complex that is considerably better and more modern that the facilities at his last Premier League job.

How would Dalian’s owners view his position if the club dropped out of the top tier? The team should have enough to stay up but many in European football believe it would be better for Benitez if he came back west sooner rather than later.

Managers always talk about looking ahead one game at a time but, in this strange year, it is hard not to gaze beyond the horizon. Benitez wants more out of his footballing life and it is unlikely he will get it in China.