Gareth Bale has been backed to shine at Tottenham by team-mate Son Heung-min. The Wales international moved back to north London on loan from Real Madrid during the summer transfer window. And he could feature when Jose Mourinho’s team take on West Ham on Sunday afternoon.

Bale spent five six successful years at Tottenham earlier in his career, helping the club win the EFL Cup back in 2008.

And he’s now back in north London after moving from Real Madrid during the summer transfer window.

Bale has been sidelined with injury since returning to his old club but is now fully fit again and could feature in Sunday’s exciting showdown with fierce rivals West Ham.

And Son, speaking ahead of the match, has praised Bale and opened up on the Wales international’s mindset ahead of that fixture.

“I’m so excited. To see him every day, to chat to him, it’s a really good experience for me and I think the fans can’t wait to see him back on the pitch,” he told the club’s official pre-match programme.

“As a player, I can’t wait to play alongside him. Obviously, he is a legend for this club and a superstar in the football world. 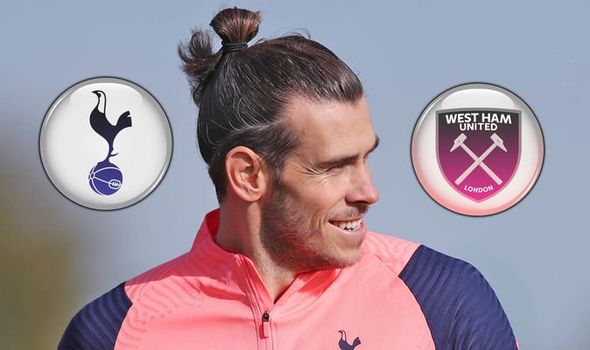 “I think he is very happy and you can see straight away that he is smiling all the time.

“When I’ve seen him, he’s been working hard ahead of his comeback.”

Son then added: “When he had his first training session with the group, I was watching him and even that was really enjoyable.

“Having seen him in training, I can’t wait to see him back out there. I’m really excited to play with him.”

Bale was a huge hit during his first spell at Tottenham, becoming a household name before departing for Spain back in the summer transfer window of 2013. 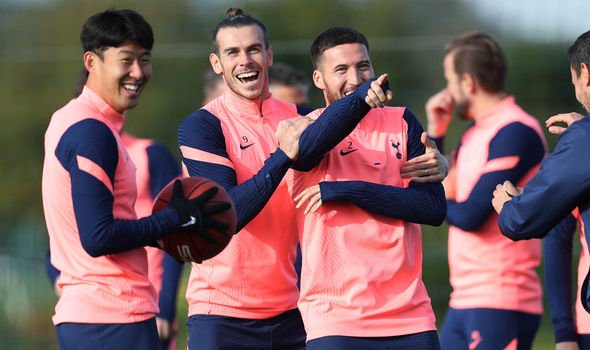 And Harry Redknapp, speaking to the BBC, has suggested the Wales international will make a huge impact in the capital.

“Gareth coming back will make such a difference to Tottenham, he’s an amazing player.” Redknapp said.

“With [Harry] Kane, Son [Heung-min] and Bale that’s an amazing front three that could scare any team.

“I honestly think they’ve got a squad there capable of having a real chance to win the Premier League.

“You’ve got to fancy Liverpool and you’d have to fancy Manchester City, they would have to be favourites.

“But if anybody else is going to challenge them this year I think it’s Tottenham.”

Tottenham signed Joe Rodon from Swansea last week and Redknapp expressed a belief the 22-year-old could shine playing at the highest level.

“Tottenham are short at the back and being a central defender it’s an area they could certainly improve over the next year or two,” he said.

“I speak to some people who work at Tottenham who followed him and monitored him and they speak very highly of him.

“I think there’s every chance he could go to Tottenham and have a great career.”