Gary Neville reiterated Luke Shaw’s desperate plea to Manchester United officials over transfers in the window. Despite the impending arrival of Alex Telles, who could take the England international’s spot in the starting XI, Shaw has admitted he is keen on new signings to be brought in as soon as possible. It comes amid United’s shocking performance against Tottenham in the Premier League.

Neville has been left gobsmacked by United’s performance against Tottenham after conceding four in the first-half.

Despite going a goal up within two minutes after a penalty was awarded after 30 seconds, the Red Devils capitulated.

It took only moments for Spurs to grab an equaliser through Tanguy Ndombele after a series of errors from Eric Bailly and Harry Maguire.

The United captain even appeared to pull Luke Shaw to the ground as he tried to shield the ball, allowing the Frenchman to smash past David de Gea. 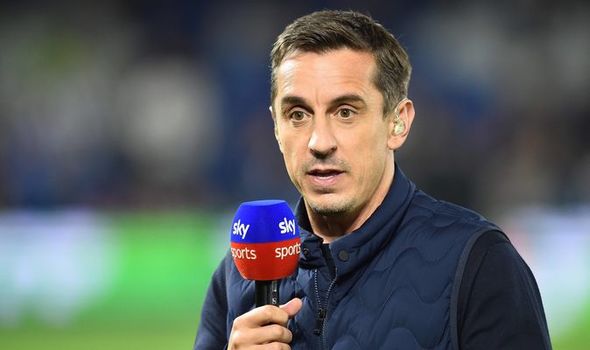 And just a couple of minutes later, more naive defending allowed Heung-min Son to score after a quick free-kick from Harry Kane.

Things went bad to worse for United when Anthony Martial was sent off for violent conduct after striking Erik Lamela in the face, though the Argentine could be accused of initiating the incident.

Again, mere moments later Spurs had the ball in the net after more shocking defending that saw Bailly send a wayward pass into midfield that saw Kane get in on the act.

Son grabbed his second with Tottenham cutting through United with ease to cap off an absolute horrorshow of a performance.

Cameras panned to Ed Woodward in the crowd, and Neville was left infuriated as he ranted on about transfers.

He recalled Shaw’s earlier comments made, who admitted he is desperate to see new signings at Old Trafford.

“As I said, we have a very good group, but personally I think we need more players to strengthen the squad,” Shaw told TV2.

“It can give us a boost. When you look around at how other teams are strengthening their teams, then we must also do it to keep up with the others.” 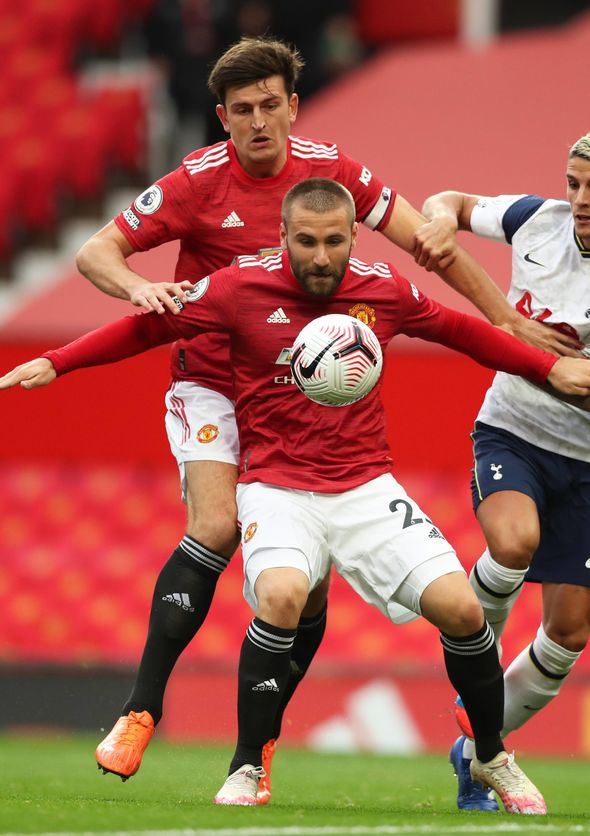 And Neville backed up the full-back, saying in co-commentary: “That’s pretty emphatic.

“And that’s coming from the dressing room”

No matter the result at full-time, there will no doubt be questions asked of everyone at the club – with the owners at the forefront.

But criticism of Ole Gunnar Solskjaer and the players should not go amiss, with United conceding four in 45 minutes in the Premier League for the first time.

This is not the first time Neville has spoken up about his former club’s transfer activity, bemoaning their attempts to land Jadon Sancho.

“The Sancho thing is embarrassing. It’s been going on now for fourth months. It’s embarrassing, that,” he told the Off The Ball podcast.

“And then to put a bid in that gets rejected… the smart clubs, they have deals sorted behind the scenes, the agents are working hard, club officials are agreed on things and when the bids goes in it gets accepted, it’s done.

“Who puts bids in nowadays that aren’t accepted? That doesn’t happen that often. Very rarely.