Two years ago, when these sides met at the same ground in the same round, Oldham needed a pair of late goals to break Hampton hearts.

On this occasion, despite a nervy ending, proceedings were altogether more straightforward for the League Two outfit.

Over 2,700 were in attendance at ‘The Bev’ in 2018, as were the BT Sport cameras for a memorable Monday night under the lights in this pocket of south London known more for its rugby than its football. 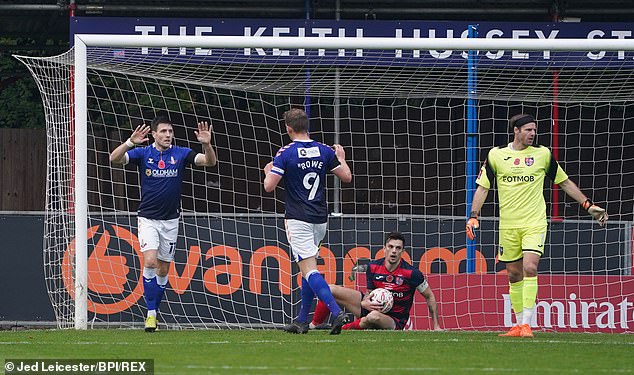 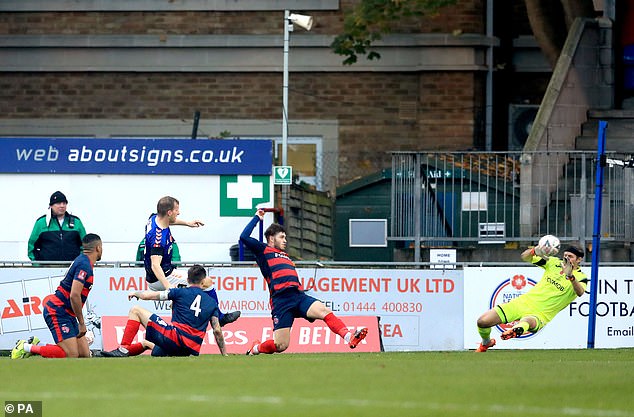 But there was no Peter Drury screaming ‘Happy happy Hampton!’ on Sunday afternoon, amid the now-customary silence of the corona-era.

A National League South side still managed by Gary McCann fought valiantly but in the end, Oldham escaped with a spot in Monday’s second-round draw.

For Latics boss Harry Kewell, who has pedigree in the FA Cup having won it in 2006 with Liverpool courtesy of Steven Gerrard’s final heroics, it was a much-needed win for his side, struggling near the bottom of the fourth-tier.

In round one, there’s nothing like an early goal to set the favourites’ nerves at ease – it came after six minutes yesterday.

Bobby Grant, Oldham’s best player on the day, weaved down the left all too easily before his cross found midfielder Ben Garrity, who struck home past a stationary Alan Julian. 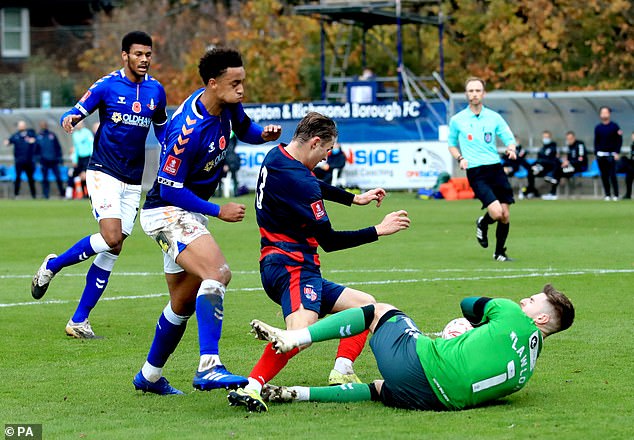 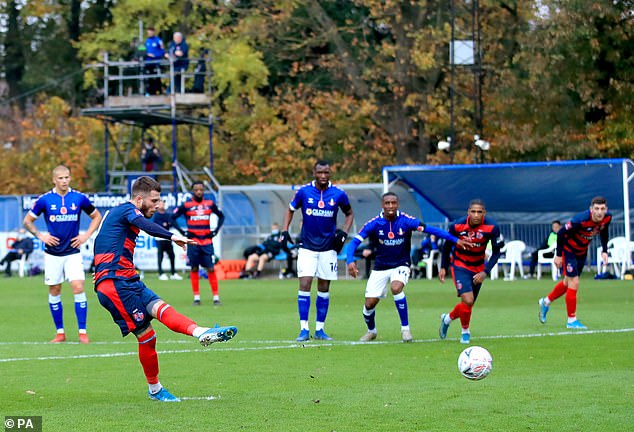 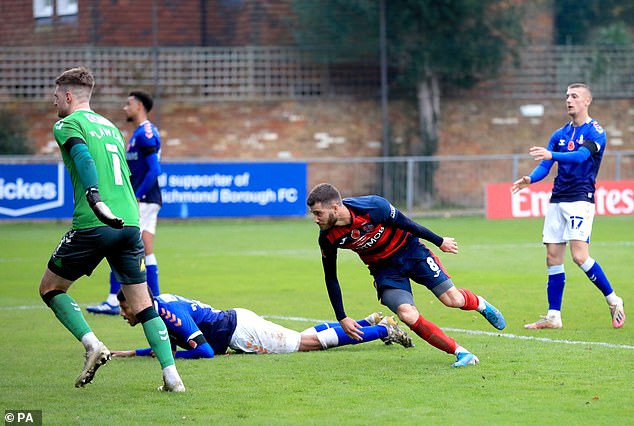 The hosts found their feet eventually though, buoyed on by a string of support staff and board members, and their sustained pressure was eventually rewarded on the half-hour mark. Striker Niko Muir played in Ruaridh Donaldson in the box, who was too quick for Oldham keeper Ian Lawlor.

A stonewall penalty and midfielder Sam Deadfield did the rest, blasting down the middle to bring the non-league outfit level.

Yet Oldham responded just before the interval. A quick counter-attack did the damage, with Dylan Fage given acres to run in down the right and he found an unmarked Grant to tap-in at the back post.

The half-time scoreline was perhaps a tad harsh on McCann’s side but with the floodlights flicking on as play resumed following the interval, so the lights went out on Hampton’s FA Cup journey. 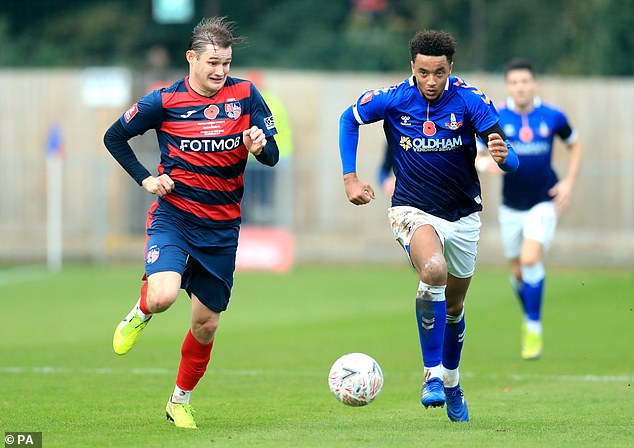 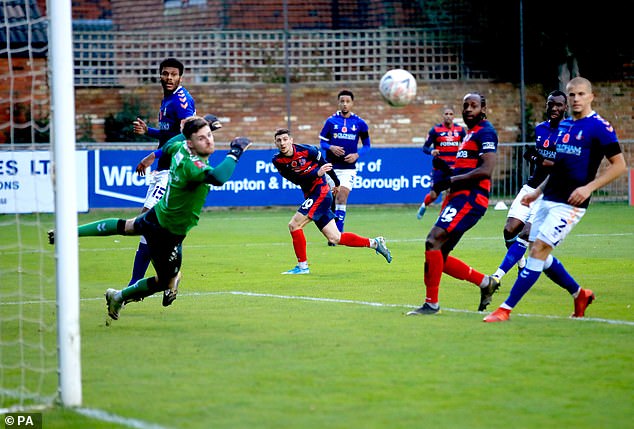 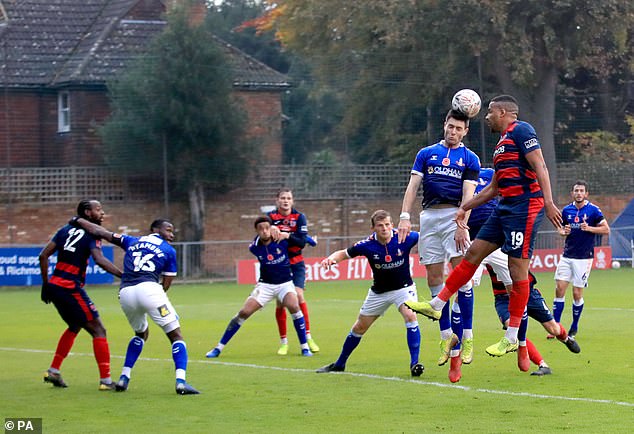 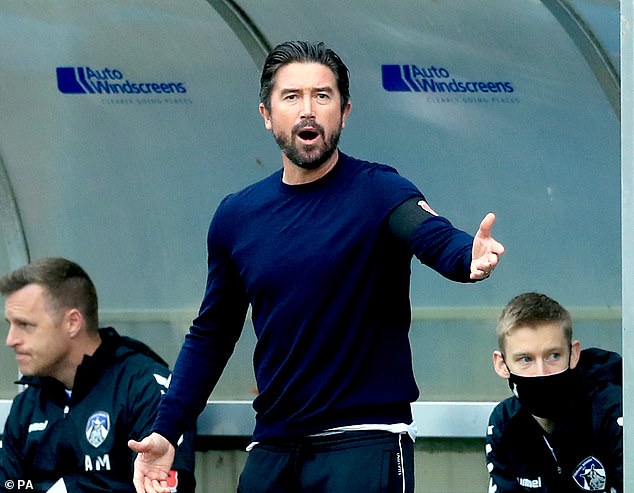 Oldham captain Daniel Rowe sat down two defenders in the box before finishing with aplomb to give Kewell’s side what seemed like comfortable breathing space.

But credit where it’s due – Hampton rallied. Donaldson was again the provider, squaring for Deadfield to convert from close range, his second of the game. With 15 to go, was this the start of a famous Hampton revival?

It certainly resulted in an entertaining finale. Jake Gray forced a good save from Lawlor while at the other end, Rowe almost grabbed his second with a long-range beauty which struck the post.

Hampton’s Tyrell Miller-Rodney was sent-off in stoppage-time for a petulant reaction to a foul actually given in his favour.

One moment of amusement from the sidelines certainly emerged when Hampton forward Muir waited all day to shoot at an open net, but failed to pull the trigger.

‘Why did you wait half-an-hour!’ screamed furious goalkeeper Julian down the other end at his striker – there’s certainly some perks to behind closed doors.

But for Hampton & Richmond, the wait for an FA Cup second round berth goes on – it’s now four defeats from four in round one.

Yet for Oldham, with a win against Hampton in 2018 triggering a memorable run which included the scalp of Premier League Fulham in the third-round, a shot at the big boys is now just a game away. 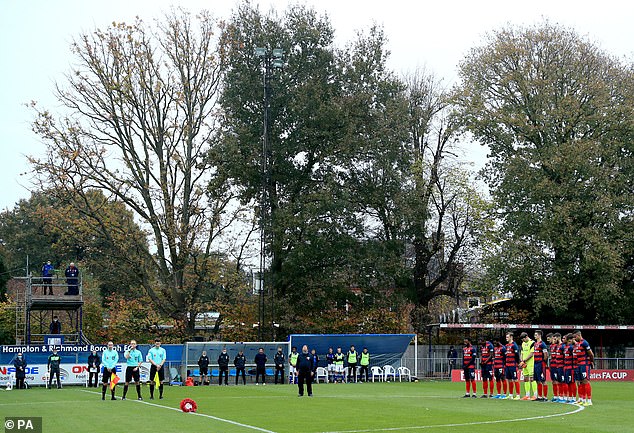 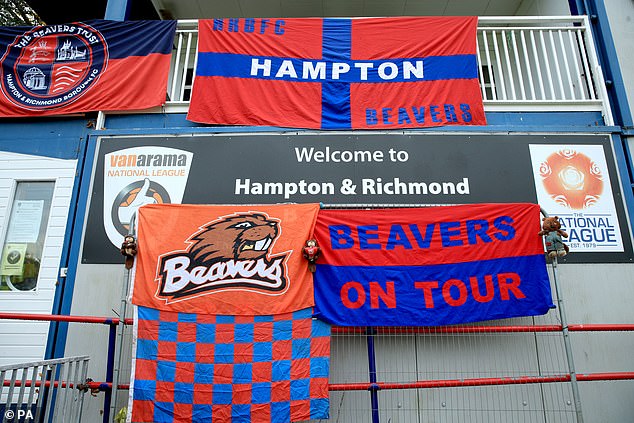 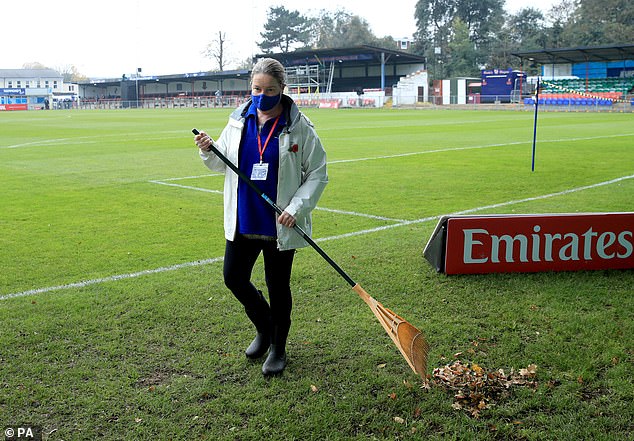