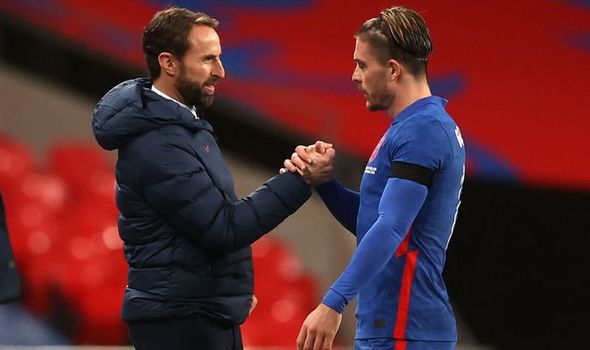 Gareth Southgate cannot bring himself to do it, but social media more than made up for it on Thursday night. All the talk was of Jack Grealish. Not Mason Mount. The England manager admitted he was aware of the memes along that theme based on his trumpeting of the Chelsea player whenever he was asked about the Aston Villa star.

Well finally, after an impressive perfomance against Wales last month, Grealish finally got another hour to do more to the talking himself, where it matters most. On the pitch.

And he was good, as expected, against a limited Ireland team willing to sit back and be picked off.

But for all the encouraging noises, he still failed to produce the evidence that Southgate not only has to talk about him, he has to pick him as well.

Southgate’s concern is that his ‘numbers’ are not good enough. 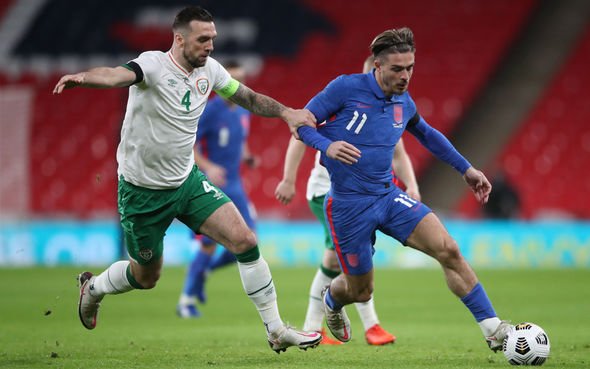 To that end he provided the assist for Jadon Sancho to score the second England goal of the night – his 12th ‘involvement’ in a goal in 11 appearances this season.

But it was the Borussia Dortmund player who did the damage with a brilliantly-placed shot through a tangle of legs and inside the far post. And Sancho is one of the players Grealish is competing with for a place when the competitive internationals come around.

When Grealish himself tried something similar at the start of the second half, his shot floated harmlessly wide of the far post.

He was energetic and enterprising, popping up on either flank and looking for the clever pass. It is just that last night England had plenty of that from all of their players. 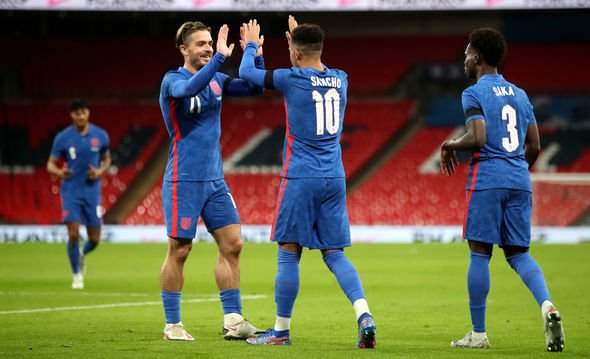 Certainly he could have produced something similar, but Grealish was just a close observer when Harry Winks swung in the delicious cross that Harry Maguire nodded home to send England on their way to another comfortable win against one of their near-neighbours.

He showed real vision to pick out a clever through ball for Reece James midway through the first half which almost led to another England goal.

But it was not better than the reverse flick Villa team-mate Tyrone Mings of all people played to put Bukayo Sako through to shoot narrowly wide of the near post.

It was Mount, yes him, who was creating far greater danger from his set pieces and Dominic Calvert-Lewin who was creating most havoc of all, constantly threatening to pick to the pocket of the Ireland defenders lumbering over possession.

His reward finally came shortly after half-time when he was given responsibilities for the penalty-taking duties after Saka’s burst into the area was cut clumsily short by the trailing foot of Cyrus Christie.

Not long after the inevitable substitutions began and Grealish was one of the first group to make way.

Perhaps he is being rested for further involvement in Belgium on Sunday or perhaps Iceland back here next week.

Nobody could be churlish enough to say that he does not deserve that at least as he tries to prove he can be as influential for his country as he undoubtedly is for his club.

But Harry Kane will be back in the side and Marcus Rashford’s injury situation may have cleared for him to be involved. Not to mention the small matter of Raheem Sterling.

Did Grealish really do enough to justify starting in front of any of them?

On a night when Jude Bellingham was introduced to become the third-youngest England international in history at 17, Southgate still seems as reluctant as ever to rebuild his team’s future around a 25-year-old who at best divides opinion.