Tottenham were held to a 3-3 draw on Saturday as West Ham completed a sensational comeback in the last 10 minutes to clinch a point. Jose Mourinho was understandly frustrated by the result, but praised West Ham’s fight back, and commended one player in particular.

Despite being three goals up, Tottenham could only pick up a point from their clash with West Ham.

And while reflecting on the result after the game, Spurs boss Mourinho admitted that he was very impressed with Tomas Soucek, comparing him to old favourite Marouane Fellaini. 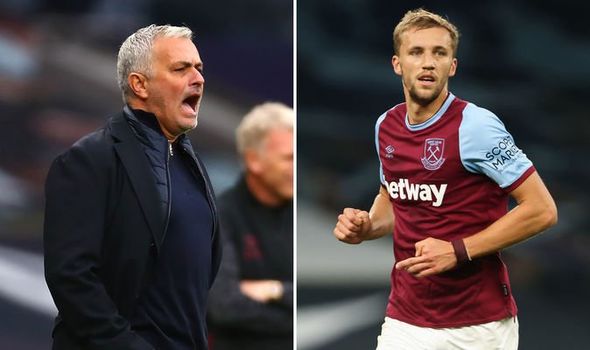 Mourinho would regularly use Fellaini’s height and physical presence in both defence and attack, which he praised David Moyes’s utilisation of Soucek for.

Explaining his half-time team talk, Mourinho said: ”I told them many things but basically I told them to keep the same and I told them to be aware of lots of set pieces that we had against us.

“Corners, free-kicks, which we knew they are very, very strong from. They are a team with big guys and very powerful in the air. 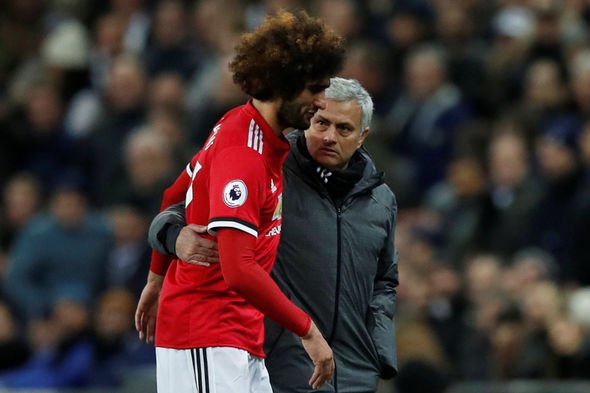 “David found, in Soucek, he’s the new Fellaini. He has lots of aerial power.

“In the end they were lucky but they fought very hard to be lucky so I praise them.”

Mourinho also admitted that conceding three goals in the final 10 minutes was a bitter pill to swallow, but praised West Ham’s fighting spirit to earn a draw.

“Football,” he said when asked what happened. “Of course, I have to analyse the second half and I have to do it internally, but for you I prefer to just say that football happens and I prefer to praise West Ham’s belief.

“I knew they are a completely different team this season than they were last season, so I give them credit.

“But, of course, to concede three goals and to lose an advantage of three goals is a big punishment and eventually deserved.”