West Brom have agreed a fee worth around £15m with Huddersfield for striker Karlan Grant.

Negotiations have been ongoing for more than a month, mainly over the structure of payments, and the two clubs have now reached agreement on that area.

Grant will have his medical at The Hawthorns on Thursday, and Albion will pay the majority of the fee in future instalments.

The 23-year-old will become West Brom’s ninth signing of the summer transfer window following their promotion back to the Premier League.

Manager Slaven Bilic has been keen to add to his forward line throughout the summer and identified Grant as one of his top targets. 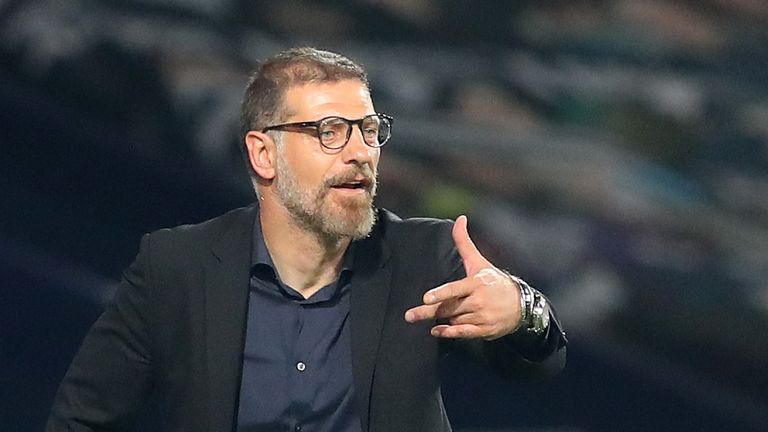 Grant scored 19 goals in 44 appearances for Huddersfield last season, including one against West Brom in a 4-2 defeat at The Hawthorns.

He has not featured in any match for Huddersfield this season.

Grant began his career with Charlton, coming through the academy of the south London club.

He went on to make 98 appearances for Charlton, scoring 21 goals, before making the move to Huddersfield in January 2019.

A domestic transfer window between Premier League and EFL clubs remains open until October 16 – dubbed Deadline Day Two – but how does it work?

The international deadline – where English clubs could buy, sell and loan players from abroad – closed on October 5, but an agreement between Premier League and EFL teams means players can still be transferred in England.

Following consultation between the leagues – and because FIFA allows a summer transfer window to run for up to 12 weeks – Premier League clubs can still do business with EFL sides for a further 11 days in a bid to bolster their squads.

They can make loan or permanent signings, as well as selling, but there cannot be transfers between Premier League teams.

All EFL clubs can still do domestic business with any English team up until Deadline Day Two on Friday.

The domestic transfer window will run until 5pm on Friday, October 16.