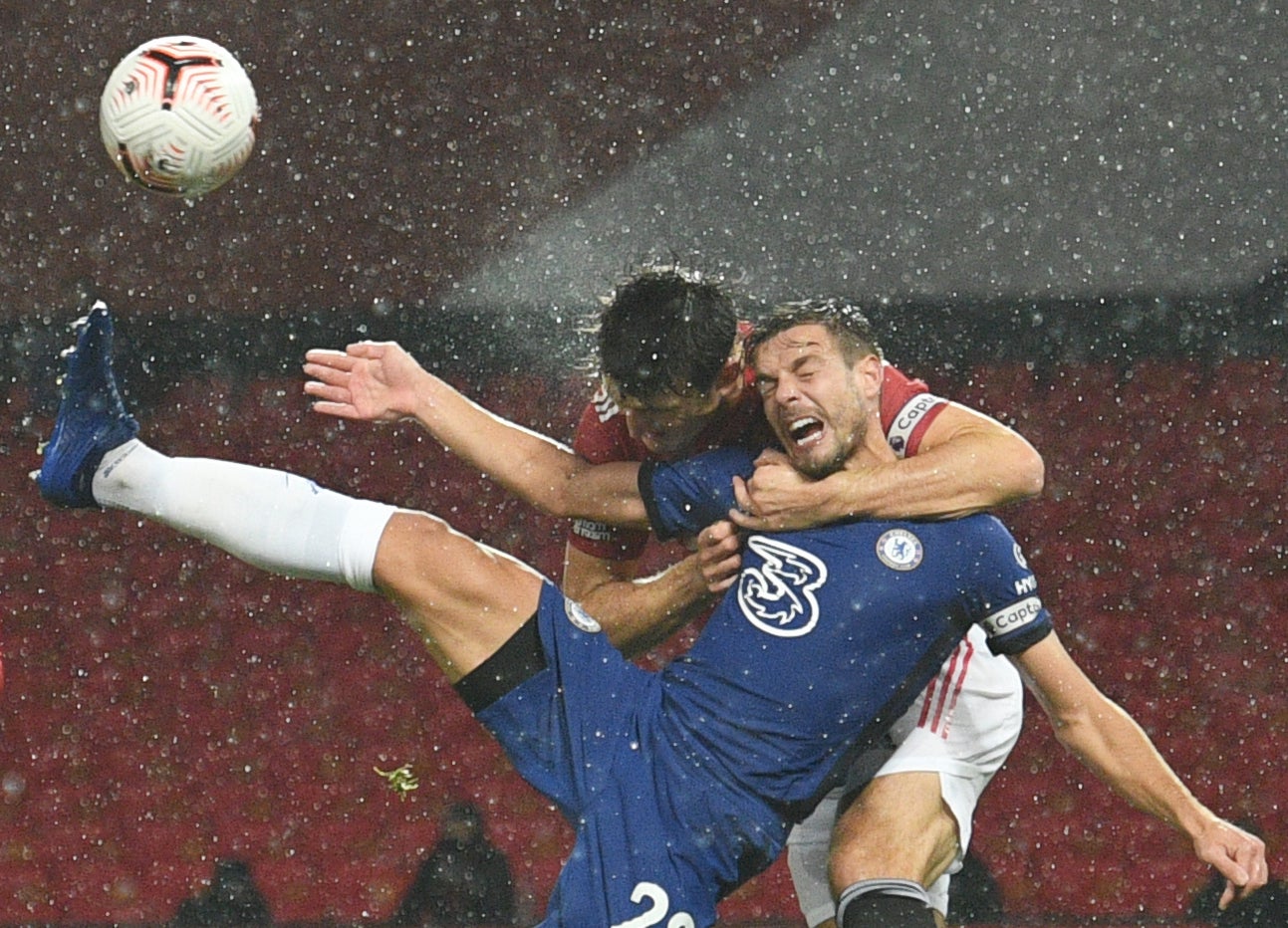 Manchester United 0-0 Chelsea: Two sides cancel each other out in uninspiring draw at Old Trafford

Rhian Brewster makes his full debut for Sheffield United against the club he’s just left. This is a big test for the young striker, but he might fancy his chances against a Liverpool side that have let in nine goals in their last two Premier League games.

The champions are in action next, hosting Sheffield United at Anfield. Jurgen Klopp appears to have gone with a 4-2-3-1, starting with Diogo Jota, Sadio Mane, Mo Salah and Roberto Firmino. Joe Gomez and Fabinho are partnered at centre-back again in the absence of Virgil van Dijk.

It’s back-to-back 0-0 draws for Chelsea, then. Few would have expected that only a week ago, but Lampard has obviously prioritised defensive improvement. The problem is that it’s come at the expense of fluidity in the final third. Despite the big money attacking signings, Chelsea created almost nothing against a leaky United defence here.

For Solskjaer, avoiding defeat will be a relief, but as the home side United needed to be more proactive. Rashford’s late chance might have changed things, and Cavani looked sharp. But Thiago Silva and Edouard Mendy have clearly made Chelsea a more difficult team to beat.

That’s it! It finishes goalless, and both sides will probably settle for that. That doesn’t make it any less underwhelming. A tough game to watch, but signs of progress, defensively at least, for two inconsistent teams.

Great save! The ball drops to Rashford on the edge of the box and he curls a shot towards the far corner. Mendy flies to his left, reacting superbly and parrying the powerful effort away.

A cross from Greenwood loops up to Fernandes, who tries an overhead kick. It’s heading wide, although James gets his head to it anyway. Moments later, Lindelof pushes forward down the right and crosses for Cavani, but Silva is there to block crucially at the near post.