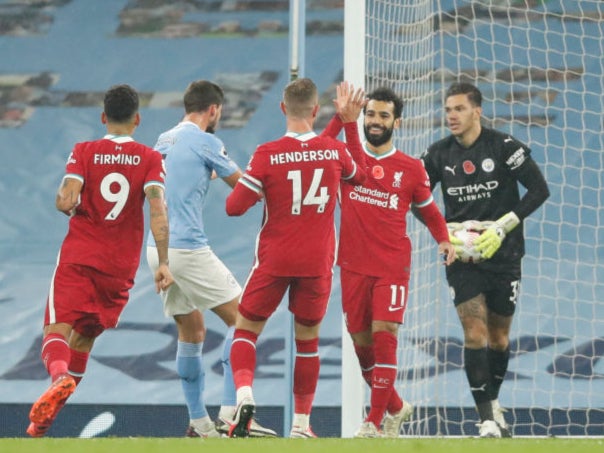 Ederson – 5: Made a real mess of a Salah shot, spilling the ball to gift Jota a great chance.

Walker – 5: Struggled early on vs Mane and hauled him down for the penalty, but settled afterwards.

Dias – 6: Settling in nicely alongside Laporte, adept at timing his challenges nicely.

Laporte – 6: Comfortable in possession and disciplined with the line alongside Dias, eventually pushing the dangerous Liverpool attack back towards their own goal.

Cancelo – 6: Gorgeous ball cutting in from the left to supply Jesus with a header, which should have made it 2-1.

Rodrigo – 5: Struggled early as Liverpool played through him before eventually settling.

Gundogan – 6: Somewhat guilty of being too easy to play through, but linked better with Sterling to help City progress the ball nicely.

Torres – 5: Linked well with De Bruyne at times but failed to properly influence the game.

Jesus – 7: Brilliant turn and prodded finish to bring City level. Should have added to his tally with a free header, but his movement is exceptional.

Sterling – 5: Had some joy early on running at Alexander-Arnold, should have equalised before Jesus did. 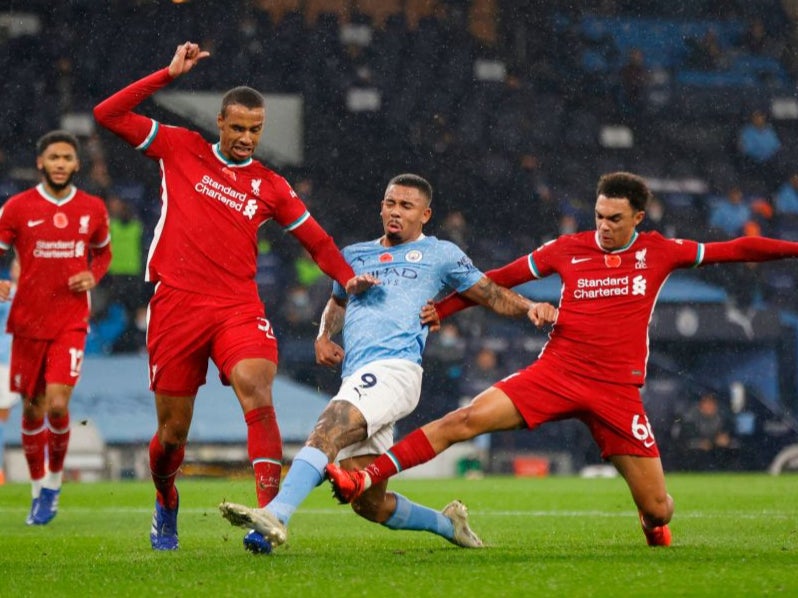 Alexander-Arnold – 5: Sweeping ball found Firmino early on for a big chance, but not tight enough to Jesus for the equaliser.

Matip – 5: Made a telling interception to deny Sterling a one-on-one, lacked understanding with Gomez throughout.

Gomez – 4: Missed Sterling’s run early and was bailed out by Matip. Then gives the penalty away, harsh, but the ball has travelled a fair distance and gives the referee a decision to make. Caught out by Jesus’ movement in the second half as Jesus headed a glorious chance wide.

Robertson – 6: A lot of City’s good work came down his side but he was exposed at times due to the change in system.

Henderson – 5: Poor communication with Wijnaldum for the equaliser, left De Bruyne with too much space.

Wijnaldum – 4: Exposed positionally for the big Sterling chance at 0-1, which should have been punished, then got the space wrong between himself and Henderson for the equaliser. 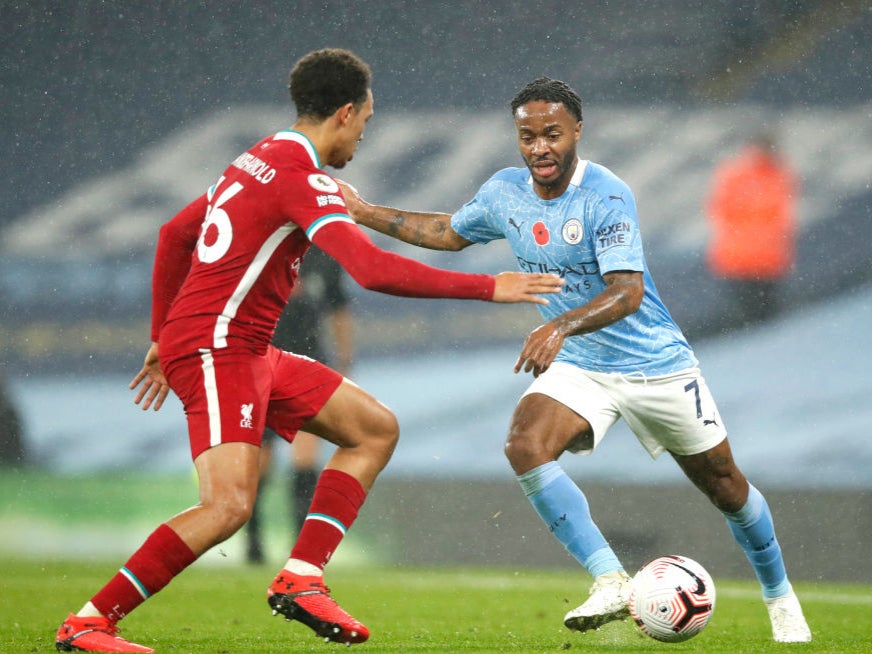 Jota – 6: Helped the Reds counter with real speed.  A poor ball to Salah to ruin a very dangerous move before the break.

Firmino – 5: Messed up a golden opportunity inside a minute by failing to make a real decision. Linked well for the most part, but wasteful in second half with a great chance to pick out a teammate, instead blazing over.

Mane – 7: Terrorised Walker early on and won the penalty.

Salah – 8: Converted the penalty brilliantly. Wonderful ball and timing to create a big chance for Alexander-Arnold.