Real Madrid have reportedly decided that Luka Jovic is going nowhere this summer, in a blow to Manchester United. The Red Devils were exploring the possibility of signing the Serbian, who had been offered to the club by his agent.

Jovic’s agent has been working around the clock, to try and find the best solution for his client ahead of the new season.

The striker’s £55million move to the Bernabeu from Eintracht Frankfurt a year ago has not gone entirely to play.

That’s because he managed just two goals in 27 appearances in his debut season in the Spanish capital.

Karim Benzema remains a key fulcrum for Real Madrid and he is still essential to Zinedine Zidane’s success at 32. 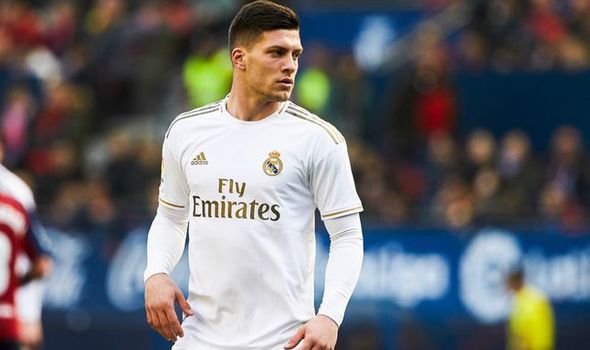 But Florentino Perez remains mindful that Benzema will not be around for ever and he wants Jovic to lead the line after the Frenchman.

The Real Madrid president is always to determined to show patience in new signings and he is not prepared to give up on Jovic just yet.

It now appears that Zidane is in the same boat and Fabrizio Romano claims he will not be joining Manchester United this summer, despite an interest from Ole Gunnar Solskjaer.

Transfer expert Romano tweeted: “Borja Mayoral deal completed with Roma means that Luka Jovic is *not* going to leave Real Madrid on next days. There was nothing advanced with any club, just offered to many clubs.”

Initially, the plan had been for Mayoral to stay at Real Madrid as Benzema’s deputy.

But ever since Jovic was offered to United by his agent, Zidane has kept him in the side.

He has started their last two La Liga matches against Real Betis and Real Valladolid but has failed to make an impact.

Jovic has also been offered around to several clubs in Italy but he now looks set to stay meaning United must move on to other targets. 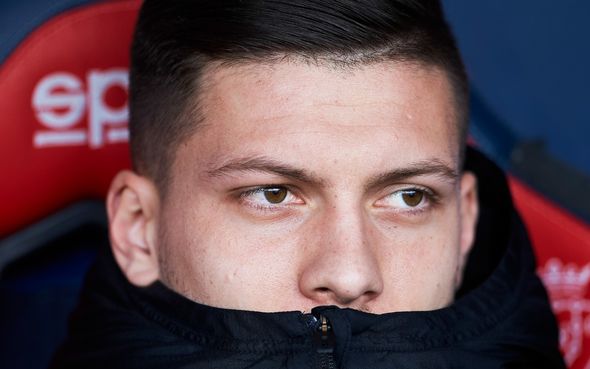 Ed Woodward has left it late in the window to go after several new faces with Donny van de Beek the club’s only summer signing so far.

The Old Trafford hierarchy are refusing to give up on Jadon Sancho just yet and remain hopeful they can strike a deal with Borussia Dortmund.

That now looks extremely unlikely but United do want to bring in a right-forward and left-back before the window closes on October 5.

A striker would be a bonus for Solskjaer and United are exploring several avenues on that front, including Jovic and free agent Edinson Cavani.

The Uruguayan has been back in his homeland following his release from Paris Saint-Germain after his transfer to Benfica collapsed and would be open to a Premier League move.