Manchester United think Sevilla star Lucas Ocampos ticks two boxes for Ole Gunnar Solskjaer, according to reports. The La Liga forward has emerged as a potential alternative to Jadon Sancho as Monday’s transfer deadline creeps closer. And he could be on his way to Old Trafford, with his current club willing to sell should the right offer arrive.

Manchester United have endured a frustrating transfer window so far, with Donny van de Beek the only marquee signing to arrive.

Solskjaer is still hopeful of adding to his squad before the window shuts on Monday night and, though Sancho is his top target, other players are being lined up.

United have interest in Barcelona star Ousmane Dembele, despite the player spending the last three years struggling for form and fitness over in Catalonia.

But ESPN say the Red Devils are also interested in Ocampos and believe that his skill and temperament would make him a good signing for Solskjaer’s side.

The player only moved to Sevilla from Marseille 12 months ago but, having scored 17 goals across all competitions last season, could now be on the move.

United would have to stump up an offer in the region of £33million to bring Campos to Old Trafford and, with Sancho costing over three times that amount, he would represent a far cheaper alternative. 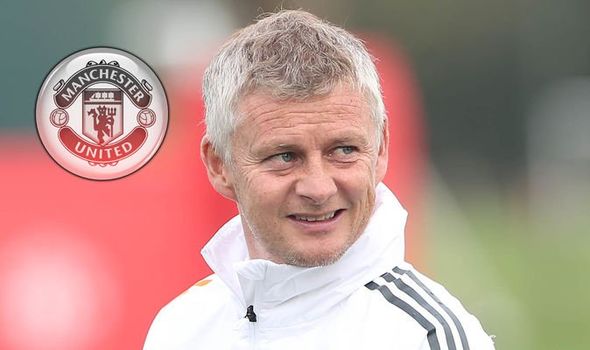 However, with time running out, it remains to be seen who United are successful at signing.

They’re still dreaming of welcoming Sancho to Old Trafford but Borussia Dortmund insist he won’t be sold before Monday’s deadline.

Dortmund have a track record for saying similar about departing players in the past, with the club selling Dembele and Pierre-Emerick Aubameyang having previously insisted they’ll remain.

But, this time, they’re adamant they mean it.

Another player United are trying to sign is Alex Telles from Porto but, as things stand, their prospects of signing the Brazil international seem to be diminishing. 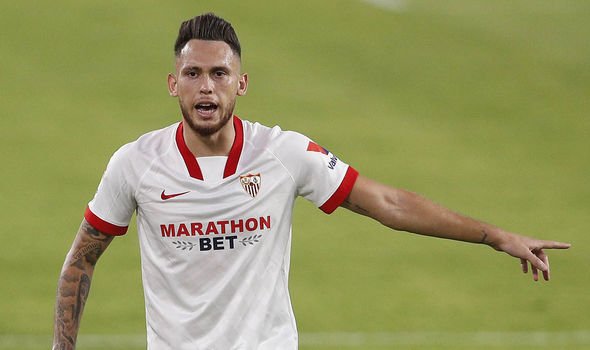 Solskjaer has insisted he’s happy to work with what he’s got at Old Trafford, saying ahead of Sunday’s showdown with Tottenham: “I think my wording in lockdown – exploit – was a bad word by me. I didn’t mean in that respect.

“I meant clubs out there [may] have to move players because of the situation and it might be an interesting situation for us.

“At the moment there’s not been those situations. We’ve lost loads of money as the other clubs have.”

He then added: “When I talked about the squad depth, of course the performances from [the then first-choice] players didn’t warrant me giving [other players] more options: the 11, 12, 13, players deserved to play as they played really well.

“I think it’s a different scenario now – after two games already I’ve seen many of the players who didn’t play too much last season performing really well.”

Pressed about the impending deadline, he said: “There are many ways to improve the team.

“We’re working here to get better. I keep reading about players that should be playing instead of ones that are playing: that tells me I’ve got a strong squad.

“We need to get fit and keep injury-free but there is more competition for places now.”

United have made deadline day signings in the past.

Dimitar Berbatov touched down from Tottenham in 2008, Radamel Falcao moved six years later and, back in January, Odion Ighalo moved from Shanghai Shenhua.