Memphis Depay has an agreement with Barcelona about a transfer to the club, it has been claimed. And any potential move to the Nou Camp for the Lyon star could pave the way for Manchester United to sign Ousmane Dembele. Ole Gunnar Solskjaer’s side want the France international with Jadon Sancho likely to stay at Borussia Dortmund.

Barcelona have endured a troublesome transfer window so far, failing to act after the departures of Arturo Vidal, Ivan Rakitic and Luis Suarez.

But they want to bring in Depay on transfer deadline day, with Ronald Koeman sold on his compatriot.

Depay struggled at Manchester United earlier in his career but has flourished at Lyon since moving to Ligue 1 in the January transfer window of 2017.

The Netherlands international has matured both on and off the pitch and helped Lyon reach the semi-finals of the Champions League last term, where they were eventually beaten by Bayern Munich.

And, now, journalist Fabrizio Romano has claimed the 26-year-old has an agreement with Barcelona about a move to the Nou Camp.

Additionally, it’s claimed that Dembele is open to joining United. 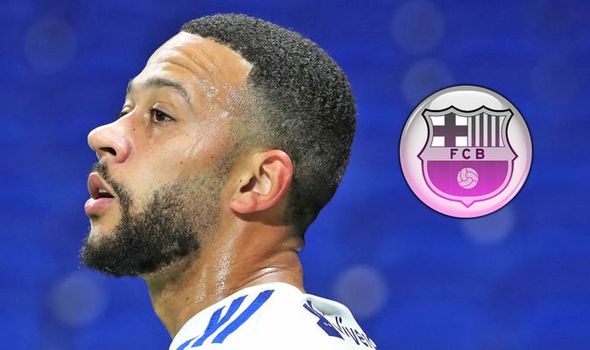 “Memphis Depay has the agreement with Barça. OL are ready to accept €25m + add ons bid from Barça for Depay,” he tweeted.

Barcelona boss Ronald Koeman hinted Dembele could leave the club after his side’s 1-1 draw with Sevilla on Sunday, saying: “What is certain in the world? I don’t know.

“At the moment, he’s a Barcelona player. There’s still one day left for incomings and outgoings. We’ll see.

“I opted for [Francisco] Trincao, Pedri and [Miralem] Pjanic [off the bench].

“We needed more control and that’s why I made these changes.” 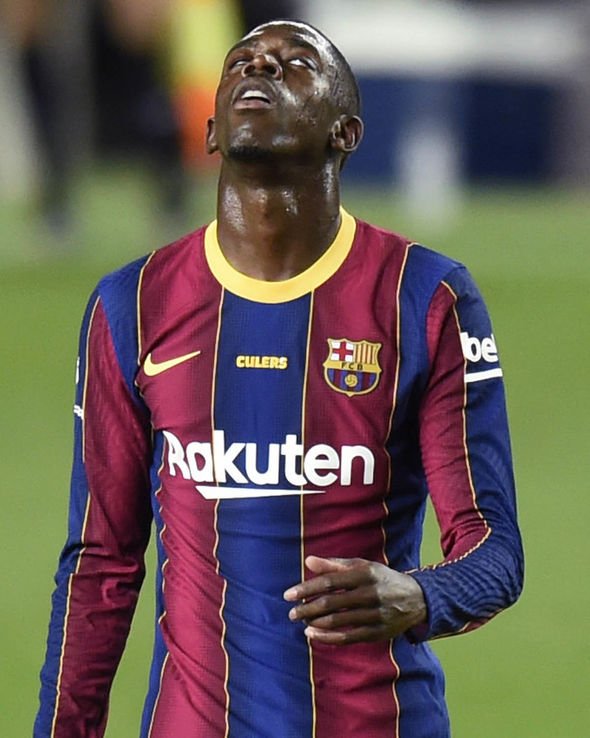 Meanwhile, speaking after United’s 6-1 battering to Tottenham on Sunday night, Patrice Evra took aim at the board for their failure to sign players.

“Alexis Sanchez made a comment recently when he first signed for United, his first training session, he asked his agent to end his contract, that’s what I’m going to ask with Sky – I really want to end my contract with Sky because this is my second game,” Evra told Sky Sports at full-time.

“I’m a positive person, but I never want to talk about United because every time you tell the truth, it can hurt.

“I’m passionate and I love my club, but I know you have to have some filter when you talk on TV, but it’s a shambles.

“Gary Neville, I hear him say Maguire needs a break to go with the national team, we always talk about pairing him with someone, but what about taking him out of the squad?

“I don’t want to criticise players, I am someone, I’ve been there – it’s very difficult. Tonight, no-one has any excuse, they let down all of the United fans.

“I don’t care about the result because I’ve been beaten 6-1, but every year, it’s the same story. I feel now what every United fan does, that’s why I prefer to do any other game than United if I keep working for Sky.”

He then added: “I feel sad for the manager, but after this, we are going to start talking about the manager – he’s the next one.

“What about the board? It’s how many years since Ferguson left? How many managers have been sacked? Every year we say Ole isn’t the man, maybe he’s not.

“We don’t know because he wants players like Sancho but they don’t go for the right price. What’s going on with my club? I’m really emotional. It’s difficult to break a man like me, I’m a positive person.

“I don’t promote violence but many people need a good slap at this club right now. That’s what I would do right now.”