Raul Jimenez’s late goal in Wolves’ 1-1 draw with Newcastle at Molineux was coming. It was the home side’s fifth shot in the space of five minutes. As many as Newcastle mustered in the entire match. But Jacob Murphy brilliantly capitalised on a poorly placed wall by Rui Patricio and Steve Bruce’s side contrived to conjure up an equaliser in the closing moments.

It is becoming a habit for Newcastle. A happy knack.

This was the second consecutive away game in which they have salvaged a point late on. It was rather more deserved than the improbable draw that was clinched at Tottenham from the penalty spot in the 97th minute with their only shot on target, but it was another bit of Brucey voodoo given how little they had offered going forward for much of the second half.

Only after going behind did they really push.

This was the most possession that Wolves have had in a game at Molineux since the last time that they played Newcastle here back in January. That in itself is no shock given that this is a team that achieved the near-impossible and allowed Burnley to see more of the ball than them at St James’ Park earlier this month. Newcastle won that game 3-1.

Bruce will not much care how the points are being accumulated and that is understandable when the positives were there for all to see. His team is putting in the work. While it was an exaggeration to claim that his midfield “ran a million miles” the sentiment was spot on.

Jeff Hendrick and the returning Miguel Almiron covered 12 kilometres each at Molineux with Ryan Fraser, in a slightly unfamiliar role on his full Premier League debut for the club, on course to surpass even that before he was withdrawn in the closing stages of the contest.

As Bruce acknowledged afterwards, these are players who would prefer to be doing their work closer to the opposition box but instead they were there putting in a shift defensively. Almiron was the one back there doubling up on Adama Traore late on.

The players are working for the manager and the Premier League table reveals that there are half a dozen teams below Newcastle, including former club Manchester United, operating with rather more resources. It would not be a surprise if Bruce’s side finish above the other five and pick off a few more to secure another safe mid-table finish.

It is more than enough to ensure that when pundits are asked questions about the club’s performances, any short discussion will inevitably conclude with the words, ‘They’ll be fine’.

Newcastle supporters might be left wondering whether they are allowed to hope for rather more than that. Maybe there is the quality within this team to be aiming for better – and, however desirable, maybe it should not need a boardroom takeover to make it happen.

It is fair to assume that Bruce sees it differently.

“You have to have a certain resilience in the Premier League,” he explained. “We have been too open, in my opinion, and a bit too easy to play against. We certainly weren’t that today.

“We tried to be a bit more open in the past few weeks and had a couple of hidings. So it was important that we addressed that. The work rate and the resilience, they showed it against a very good side. A point is a good result for us, that is for sure.”

There is a danger when discussing Newcastle that supporters of other clubs begin to bristle at the suggestion that these fans are entitled to something more. After all, this is a football pyramid that includes European Cup winners in the Championship and well-supported local rivals rather further down than that. It is easy to characterise complaints as unreasonable.

But that does not make it any easier to watch.

The subject of Newcastle’s style of play – and their failure to entertain – is a divisive one, so it is best to reach for the numbers that help to explain why it might be felt that the lack of ambition at the club does not begin and end with Mike Ashley in the boardroom.

It can be seen on the pitch too.

Newcastle routinely sit back like no other team in the Premier League and the statistics from last season illustrate this perfectly. Pressing might be considered de rigueur in the modern game but for Newcastle, it is a phenomenon that has been left to others.

When it comes to winning the ball back high up the pitch, nobody does it less. Pressing opposition passing sequences in order to regain the ball quickly? Not a bit of it.

Newcastle allowed more opposition passes per defensive action – far more – than any other team in the Premier League last season. This is the complete opposite of the front-foot approach that has already won Leeds so many admirers on their return to the top division.

Instead, Newcastle’s ploy is to drop off, deny space in behind, retreat. Again, this is there in the numbers that show opponents making more progress towards the Newcastle goal when beginning a spell of possession than they do against any other Premier League team.

The result of all this is that when Newcastle seek to start attacks of their own, they have to do so from further away from the opposition goal than anyone else. No wonder ball-carriers like Allan Saint-Maximin can be so useful – look how far he is having to carry it.

None of this precludes some success, of course.

Newcastle do not have to look far from Molineux to see a team that has made being compact and eschewing pressing in favour of a counter-attacking game work for them.

But the reactive approach has to work, otherwise it can look like inertia.

More than a year into the job, amid continued talk of this being a ‘work in progress’ it is still worth asking the question – what sort of football team do Bruce’s Newcastle want to be?

The summer signings were encouraging and, for all the criticism of Ashley, there were enough of them to put some of the onus back on the manager to deliver improvement.

Newcastle added a goalscorer of some repute in Callum Wilson and a talented young full-back in Jamal Lewis. The free-transfer additions of Hendrick and Fraser look shrewd enough, while Bruce was able to keep hold of his best players. Even Murphy is effectively a new player having spent last season at Sheffield Wednesday. This is a much-improved squad.

“We are delighted at what we have done, absolutely delighted,” Bruce recently told Sky Sports. “Now, we need to get them used to their surroundings, settled in their homes and all the stuff new players need when they come in. But quietly, we are very pleased.”

And yet, it has not taken long for fears to emerge about whether Newcastle are ever likely to truly unleash their attacking players. Wilson looks short of support in attack. Lewis, so promising going forward, is not passing the halfway line as much as had been hoped. 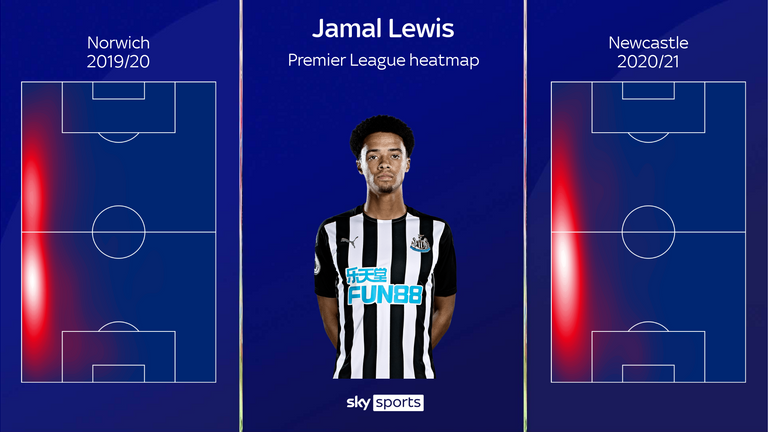 Even when an injury crisis presses Almiron and the rest into action, there are no plans to shift the emphasis. Newcastle will continue to do it their way.

It is logical, sensible, and will be enough to avert the crisis of relegation. If there is one thing that Newcastle have been since their return to the Premier League, it is predictable.

That first season back yielded 44 points. The next brought 45. Last season, it was 44 again. Overall, it is an average of 1.17 points per game, which, funnily enough, would have been exactly what Newcastle would have been averaging this season had Murphy not equalised.

That’s progress, then, and the latest reminder that Bruce’s Newcastle will continue to find ways to harvest points. But, on examination of the evidence, the talent in the team, and the stats behind their style, do not expect supporters to be feeling particularly inspired by it all.