Avid Arsenal fan Piers Morgan wants Mikel Arteta to try and sign Jack Grealish if he can offload Mesut Ozil. The German has been left out of the Gunners’ Premier League and Europa League squad for this season.

It will be a tough battle to get Ozil’s £350,000-a-week wages off the bill, especially with the midfielder not playing regular football.

However, if Arsenal are able to drop the flop then Morgan feels Grealish is the ideal replacement.

The Aston Villa star shone as his side thrashed Arsenal 3-0 in the Premier League on Sunday.

The England international carried the ball from inside his own half to set up Ollie Watkins’ second goal and his side’s third of the afternoon. 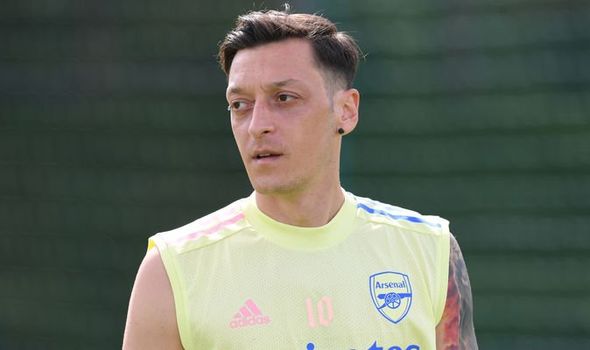 Manchester United have been strongly linked with Grealish in past transfer windows but Villa’s £80m asking price was off-putting.

Instead, the Red Devils focussed their efforts on trying to capture Borussia Dortmund’s Jadon Sancho.

But Grealish’s major role in captaining Villa to sixth in the Premier League table has seen his stock rise further.

And Morgan feels he is exactly the type of player Arteta needs to take the north Londoners to the next level.

Arsenal made two bids for Lyon’s attacking midfielder Houssem Aouar this summer but instead opted for a more dynamic option in Thomas Partey.

It is clear Arteta still needs that playmaker to sit between the attacking lines and Grealish is a decent alternative to Aouar.

The Spaniard was asked about his side’s lack of creativity after the Villa defeat and he said: “That’s something obviously we have to improve on.

“We need to be more ruthless but I don’t want to single out anybody. 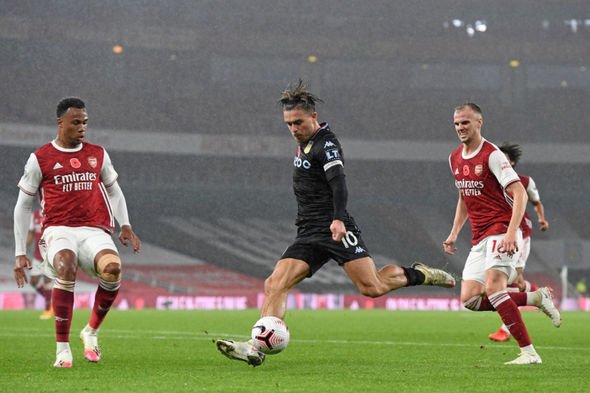 “Today it wasn’t about that. It was about how we went about the job and who we were as a team.

“What we were transmitting as a team and I didn’t like it from the first whistle, the way we conceded and we got away with the VAR goal. It’s just not good enough.”