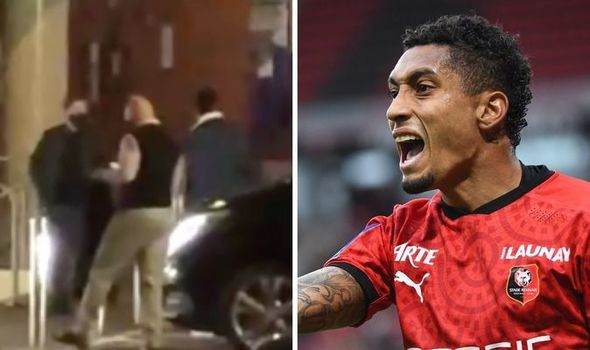 An eagled-eyed Leeds supporter has captured potential new boy Raphinha arriving at Elland Road. Leeds are closing in on a deal worth in the region of £15million.

Raphinha was on the scoresheet of the French side in Ligue 1 yesterday in the 2-2 draw with Reims.

Today he was due in England to put the finishing touches on his move.

The Brazilian is set to bring extra productivity to Marcelo Bielsa’s ranks.

The 23-year-old has been in France for just one season following time in Portugal with Vitoria Guimaraes and Sporting.

Now the winger is heading for the Premier League and there are high hopes for him in Yorkshire.