Ally McCoist thinks the underdog factor can work in Scotland’s favour in Thursday’s winner-takes-all play-off in Serbia – a game he’s calling the biggest in 20 years.

Scotland have not qualified for a major tournament since the 1998 World Cup, but come into this crucial game on a fine run of form.

They have put together four wins (one by penalty shoot-out) and a draw since August as Steve Clarke has galvanised the team to have this one last shot at qualification to the rescheduled European Championships, where England, Croatia and the Czech Republic would await them in Group D.

Sky Sports has made this match of historic, national significance available free-to-air in recognition of the unique circumstances and the impact the pandemic is having on fans.

McCoist thinks Scotland will relish being the underdogs.

He told Sky Sports News: “Without doubt, it’s the biggest game in over 20 years. And I’m pleased punters can watch it and get behind the team. I’m so pleased for everybody. Fingers crossed we can get a result.

“I’d have bitten your hand off for an opportunity like this. There was a period where it looked like we wouldn’t get this chance and now we’ve got it. It’s great news.

“We’re second favourites but I’ve been Scottish for long enough to know that being the underdog suits us.

“The team is looking a lot better with some solidarity about them. Lyndon Dykes has given us a focal point. I’m the eternal Scottish optimist. I’m very hopeful although I do appreciate it’s a very big task ahead.”

McCoist’s recollections are ones Scotland fans know all too well in the years since they last qualified for a major tournament in 1998.

From the torment of defeats to the Netherlands and Italy in the mid-2000s to more recent woes, Scotland will be desperate to lay those shortcomings to rest, hold their nerve, and make history.

McCoist remains the last Scottish player to score a winning goal at a major tournament when firing home a memorable strike vs Switzerland at Villa Park during Euro ’96. 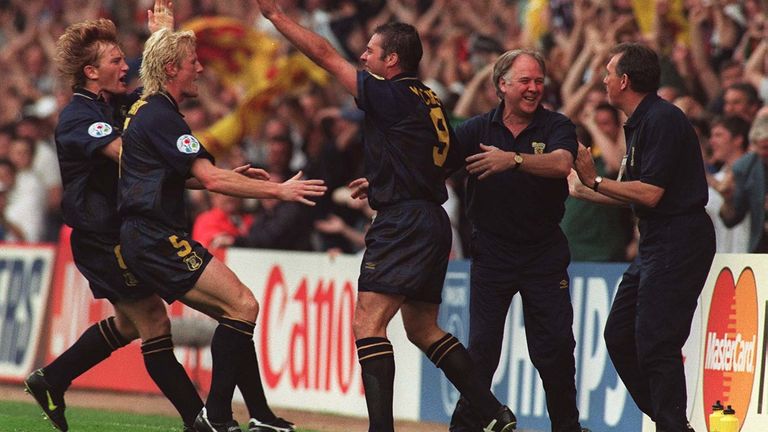 Those type of special memories haven’t been experienced by the modern-day Scottish international and that should be motivation in itself for this group, according to McCoist.

“Clearly you want to do it for the country and the fans but I’d love to see them do it for themselves,” he said.

“To represent your country at a major championship is magnificent. The memories I’ve got from World Cups and European Championships will be with me until my grave. I hold them so dearly.

“We’ve had a generation of fantastic players like Darren Fletcher, Barry Ferguson, Scott Brown – boys like that – who haven’t made major finals and I’m gutted for them. So, I would be thrilled for the players and their families if they could do it.

“It would be magic. What a boost it would be. We know how important football is.”

James McFadden, part of that generation that missed out on playing at major finals, echoed McCoist’s sentiments as he spoke from personal experience when he said these Scotland players cannot afford to pass up another golden opportunity at qualification.

A young McFadden was breaking through when he was picked to start against the Netherlands in November 2003 by then-Scotland boss Berti Vogts.

Scotland won the first leg at home 1-0 thanks to McFadden’s strike but were hammered 6-0 in the return tie to miss out on a place at Euro 2004. 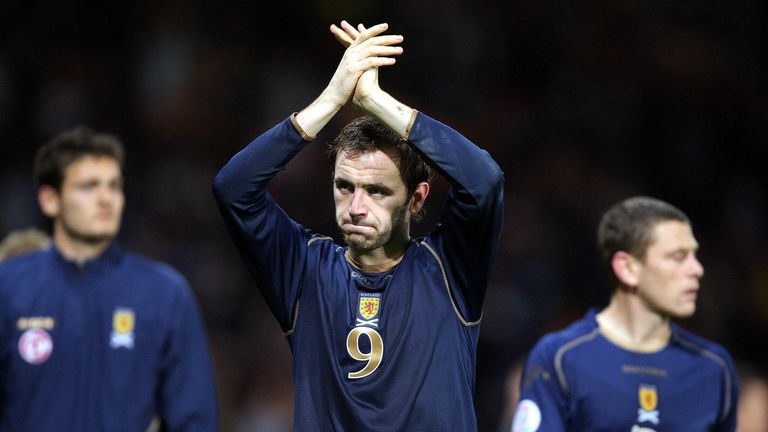 Four years later, McFadden and Scotland were again left disappointed after losing 2-1 to Italy in November 2007 in the final stages of Euro 2008 qualification.

“And then you go to the Italy game, it turned into a one-off game. If we won that game we would have managed to qualify. It didn’t happen like that.

“There is a frustrated generation that haven’t seen Scotland at a major tournament. There are also the generations before that who are used to seeing Scotland and the disappointment of not reaching a major finals is there for everyone.

“I just hope that the players can turn up, give it their best, and really play the way that they have been in the last three games, give us a good chance of qualifying and try and give the whole country a lift.”