Tottenham face West Ham today in their first London derby of the Premier League season, and are set to give Gareth Bale his second debut at the club. Express Sport has all the latest team news ahead of today’s game and a prediction for how Jose Mourinho’s side will line up.

Tottenham are in great form at the moment, having thrashed Manchester United 6-1 at Old Trafford in their most recent Premier League outing.

Spurs have won twice and drawn once since their opening day defeat at the hands of Everton, and are quietly mounting an unexpected title challenge.

Mourinho’s side looked untouchable at Old Trafford, putting four past United in the first half alone.

Further good news came during the international break with the return of Bale from his knee injury. 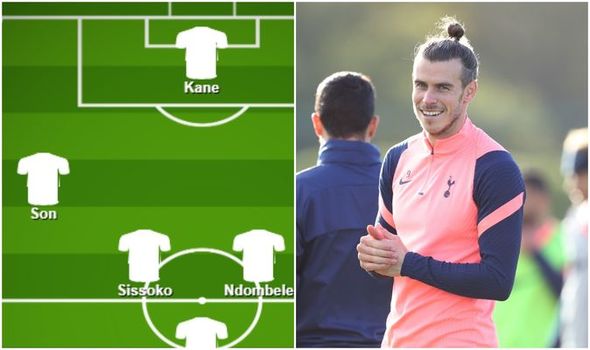 The Welshman, who signed a one-year loan deal from Real Madrid this summer to return to the club after seven years in Spain, arrived with a niggling problem he picked up on international duty.

He was put on an individual training regiment to get him back to full fitness as quickly as possible, and stayed in north London to work during the recent international break.

And his work has paid off, with Mourinho confirming this week that he will be available for the game.

Having not played any club football since mid-June, he is unlikely to have full match fitness just yet, so it is likely he will be brought off the bench today.

Lucas Moura and Heung-Min Son will play on the wings if Bale is named as a substitute, with Harry Kane starting through the middle.

However, if he does start, Bale will likely take Moura’s place on the right wing.

In midfield, Mourinho will likely keep an unchanged trio of Pierre-Emile Hojbjerg, Moussa Sissoko and Tanguy Ndombele in the middle.

Eric Dier suffered an injury while on international duty, and is set to miss out entirely today. 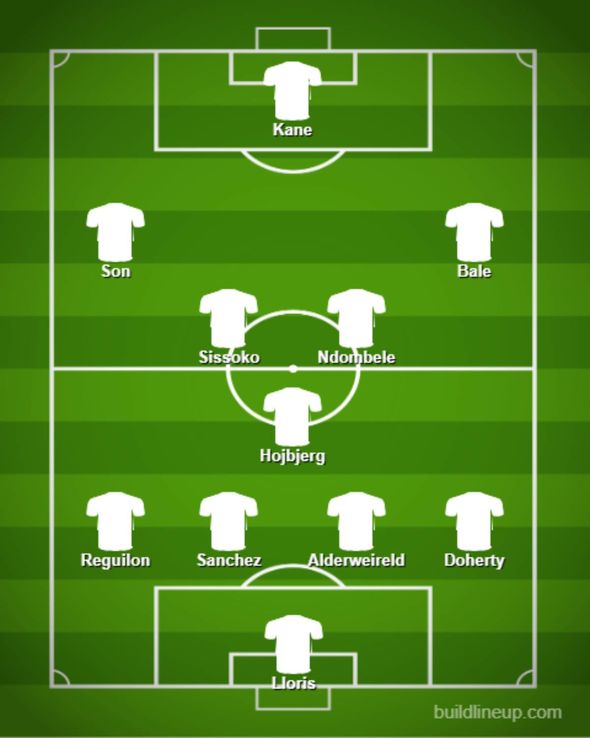 Sergio Reguilon – who joined from Madrid at the same time as Bale – put in an impressive performance at Old Trafford and will likely be kept at left-back in a back four today.

In place of Dier, Mourinho will likely play Davidson Sanchez and Toby Alderweireld at centre-back.

On the right, Matt Doherty will keep his place in the team having looked strong following his move from Wolves.

Hugo Lloris will play in goal, with Joe Hart set to be named on the bench.