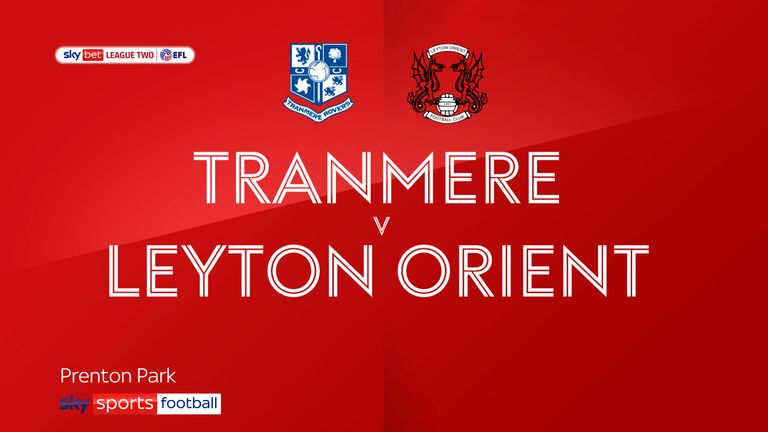 Danny Johnson’s second-half strike was enough to give Leyton Orient a 1-0 victory over Tranmere.

Ross Embleton’s side their first win since the opening day of the season.

Orient created all the chances in the first half, with Josh Coulson going close with a header before Jordan Maguire-Drew curled an effort over.

The best chance came just before the break but Mark Ellis got back to deny Ruel Sotiriou with a last-ditch tackle following a jinking run.

Johnson squandered a golden opportunity soon after the re-start before both he and Jobi McAnuff were denied by a Joe Murphy double save.

But 19 minutes from time the stopper palmed away a Conor Wilkinson effort only for Craig Clay to fire the ball back into the box for Johnson, who turned his man and found the net.

Liam Feeney headed wide soon after but Rovers failed to carve out a clear-cut opening throughout the game.