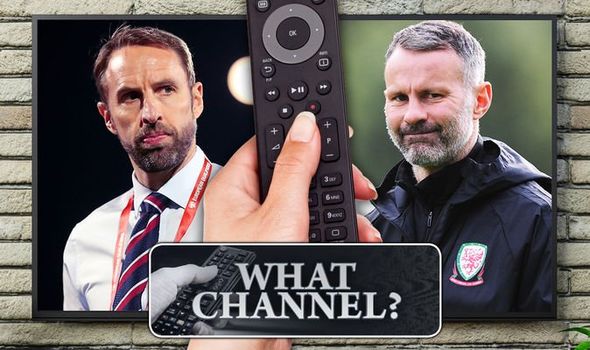 Football’s latest international break has arrived as England and Wales go head-to-head in a friendly match at Wembley Stadium. This will be the 103rd meeting between the sides, with the Three Lions winning 67 times to the Welsh’s 14. Their last encounter came during the group stage of Euro 2016, with England edging a late 2-1 win.

Gareth Southgate’s side will be without Tammy Abraham, Ben Chilwell and Jadon Sancho for this match after they broke COVID-19 rules on Saturday.

Phil Foden and Mason Greenwood were already omitted after the duo had breached protocols in Iceland in September.

As for Wales, Gareth Bale is out due to a knee injury sustained on international duty in September.

The visitors will also be missing Juventus midfielder Aaron Ramsey and West Brom striker Hal Robson-Kanu, who is absent because he broke his arm against Southampton last weekend.

Full-back Ben Davies has been linked with the captain’s armband, which the Tottenham defender said would be an “amazing honour”.

Following the friendly match, both sides will be in Nations League action on Sunday, with England hosting Belgium and Wales travelling to Ireland.

What time does England vs Wales kick-off?

The match will kick-off at 8pm BST tonight from Wembley.

What TV channel is England vs Wales on?

Live coverage of the action will be shown live on ITV throughout the UK.

How to live stream England vs Wales?

Fans can live stream the game for free via the ITV Hub app, or by visiting the ITV website.

What has been said?

England manager Gareth Southgate: “We’ve only got one match on our mind at the moment and that is the game with Wales.

“We know every time we play for England it is important, we know there is no such thing really as a friendly anyway.

“Certainly when playing Wales, we know what it means to them but I would be disappointed if anybody thought that English players were less passionate about playing for their country or playing a game like this than the Welsh.

“We have to go and show that but we’ve also got to play the way that we play and not focus on just being about playing an opponent who we have high motivation to face.

LATEST LIVE SPORT TV DEALS:
Get NOW TV Sky Sports season pass and save 25%
Get BT Sport for HALF PRICE

“Our team, when we go through it, will have huge motivation to play and it might lack a little bit of experience but there’s a great opportunity for everybody.”

Wales boss Ryan Giggs: “I’ve got a great group of players and I’m happy with the players I’ve got.

“The strength in depth is going to be tested, but that’s why we give players chances and then it’s up to them to stay in the team.

“We have to play this game but my priority is to do well in the Nations League.

“We’ve got three games in a short space of time so there has to be a bit of juggling. We’ve got to have one eye on Sunday.”