Manchester United star Edinson Cavani trained with his new team-mates for the first time on Sunday. The Uruguay international could feature against PSG on Tuesday night in what would be his first appearance for his new club. So Express Sport will now take a look at what the 33-year-old got up to at Carrington ahead of the match.

Cavani hasn’t played since March, with the striker marginalised by PSG towards the end of his time at the Parc des Princes.

And, as a result, United are working hard on getting him up to speed.

The Uruguay international could be seen running a lot in training, being put through his paces alongside Brandon Williams and Alex Telles.

United could unleash him up top against PSG.

The veteran is eager to be involved in the match, having been infuriated by the Ligue 1 giants’ treatment of him towards the end of his time in France. 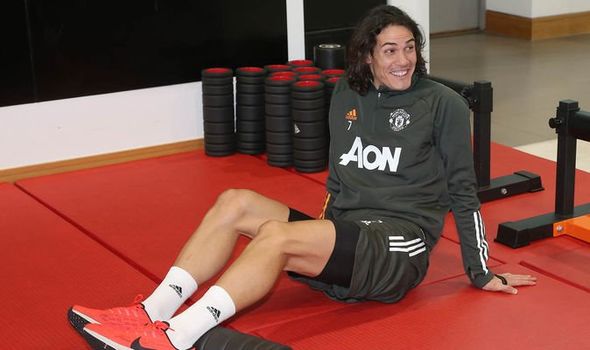 Though he’s a seasoned striker, a player who scored goals aplenty for both PSG and Napoli during his time in France and Italy, the 33-year-old still needs bulking up.

The Premier League is the roughest and toughest league in the world. He won’t be given time or space and, therefore, must ensure he’s in peak condition to be an Old Trafford hit.

And he wasn’t alone, with fellow United signings Facundo Pellistri and Alex Telles there to keep him company. 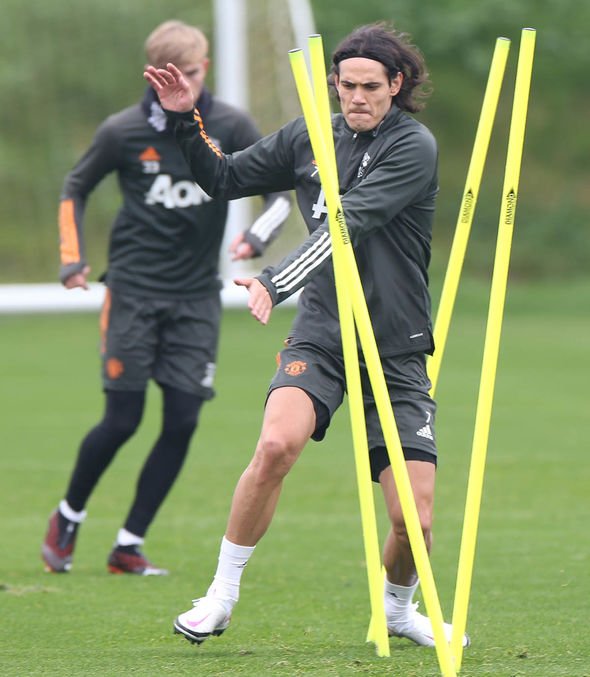 United often use rondos in training. They ping the ball to each other in a small space while somebody tries to retrieve it.

And Cavani was seen doing this at Carrington on Sunday.

The Uruguay international didn’t seem to be in the middle but he worked alongside Eric Bailly, Nemanja Matic and Tim Fosu-Mensah.

He was also seen walking out onto the turf with Matic and Fosu-Mensah next to him.

And whether all three players start against PSG remains to be seen. 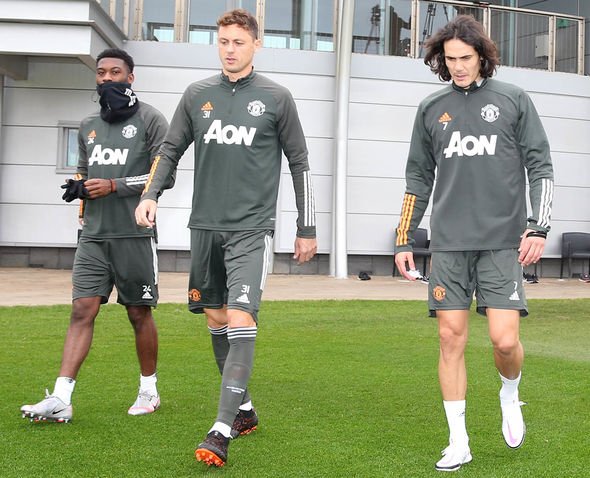 Cavani, should he start, would be aiming to outscore PSG hitman Kylian Mbappe.

And the France international has warned the United star he’s out for blood, saying before the match: “Not at all, he is in a different team now.

“I wish him the best. We are going to play against him and try to beat him.”

Cavani scored 200 goals from 301 matches during his time with PSG.

And he was part of the team who lost 3-1 to United in the Champions League back in 2019.