Socks around her shins, hugging the right touchline, Tobin Heath looks like a throwback to English football as it was in the 1970s, not one of this league’s new American glitterati.

The focus on the game’s US arrivals has actually been disproportionate to their contribution, so far. Sam Mewis hasn’t set the world alight at Manchester City, where Rose Lavelle has barely played. Alex Morgan won’t appear for at least two weeks at Tottenham, yesterday citing a ‘small setback.’ But Heath delivered the first performance commensurate with all the talk, revealing in the process that opponents will need to be a great deal better prepared for her than this.

Bigger clubs alone might have the resources to attract such players, though there could be no excuse for the time and space the 32-year-old was given to dominate and win the game for Manchester United, who are still unbeaten and one of the division’s new forces. 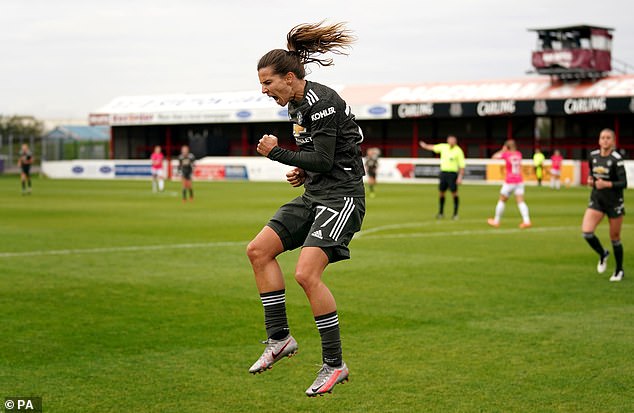 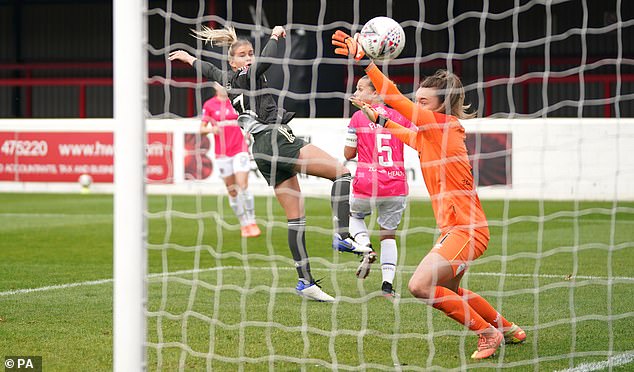 She was free to stand and assess the options as Katie Zelem arrived to take her pass and loop the ball which Leah Galton laid back for Alessia Russo to score an opener. There was similar hospitality as Heath took a short ball from Russo and powered a shot beyond Mackenzie Arnold three minutes later.

It helped Casey Stoney’s side that West Ham were determined to play out from the back on every occasion, despite lacking a capacity to pass consistently under pressure. The same one-track mind which did for Phil Neville’s England at last summer’s World Cup. Manna from heaven for Zelem, the highly influential midfield technician.

United, like Chelsea, demonstrate a capacity to mix it up and also go long. There’s also an excellent attacking balance about them, with centre forward Alessia Russo capitalising on the width that Heath and Leah Galton provide from the right and left flanks. A throwback to how United’s men’s team used to play. 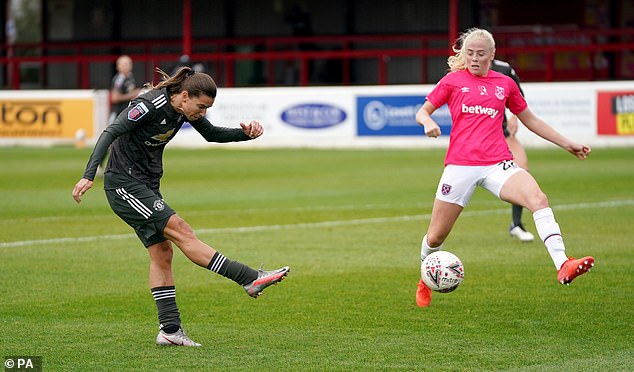 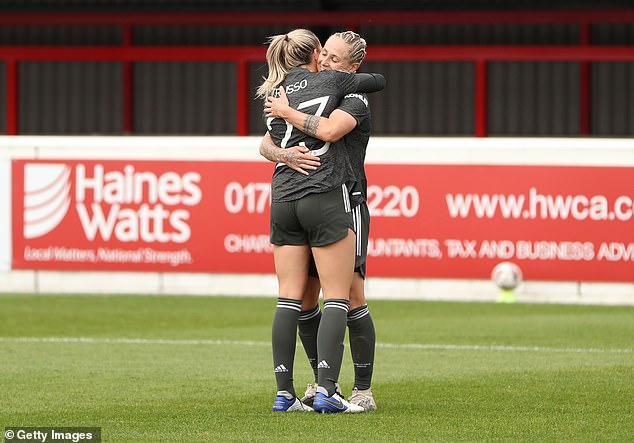 Russo, of Italian decent, is the one Neville and his England successor Sarina Wiegman have cause to be excited about. Bringing others into play, linking with Heath and scoring United’s technically excellent third with a run across goal to meet Galton’s cross with a strong header – the 21-year-old looks a ready-made successor to Ellen White in the international ranks. She also sought refuge from the US chaos this summer, moving to the UK six months ahead of schedule having originally planned to complete her studies at the University of North Carolina while playing for North Carolina Tar.

‘We’ve been looking at her for a long time,’ manager Casey Stoney said last night. ‘Her availability was one of the very, very few plus-sides to what’s going on all around.’

United’s defence, plagued by injuries, can be punctured, as West Ham proved. Emily van Egmond beat Amy Turner to a cross to bring things to 2-1. Rachel Daly, the side’s most dangerous threat, arced a cross/shot from the right which looped over Mary Earps for 3-2. The home side went long after the interval and threatened more. United failed to put pressure on the ball before the two goals. 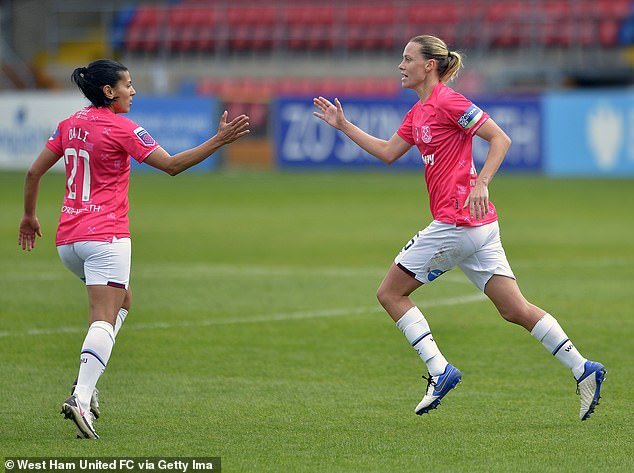 But the Americans ran things. It was exhibition football at times from Heath, running the ball under her studs, flicking it over her head with her heel and driving at a Laura Vetterlain. Her World Cup teammate Christen Press arrived from the bench on 76 minutes and rapidly netted United’s fourth – a fine volley from Lucy Staniforth’s free-kick.

The new stars have impacted on a number of levels. United sold six times more women’s team-related merchandise than their previous monthly record after Heath and Press arrived. But Stoney is more concerned about Arsenal, who annihilated Tottenham yesterday and will provide a more accurate barometer in two weeks’ time of whether United can claim a top three spot this season. ‘It’s going to be a very big test for us,’ Stoney reflected. ‘They’re an exceptional team.’ 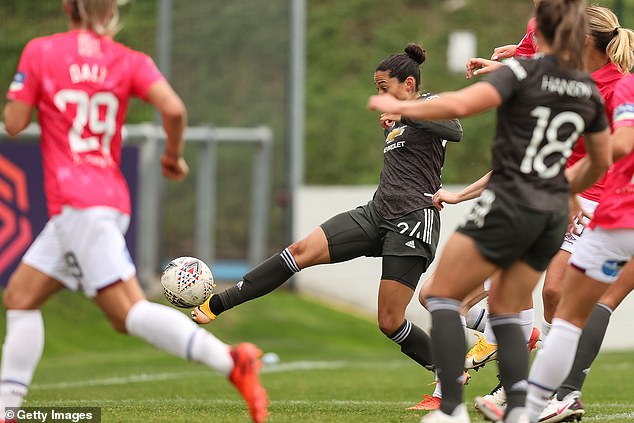