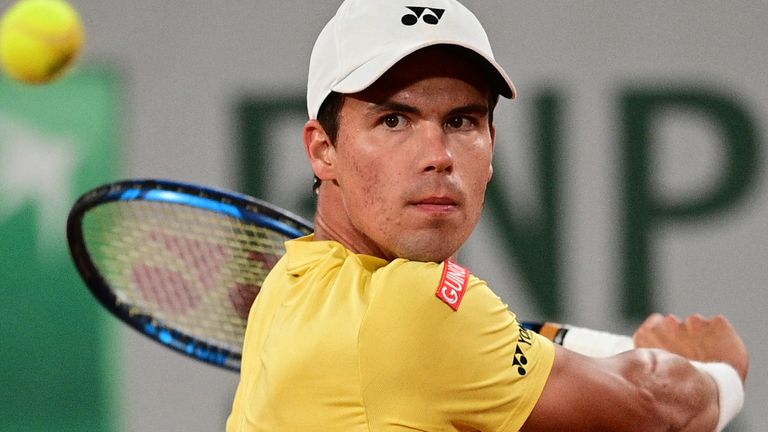 Daniel Altmaier’s breakthrough run at the French Open came to an end with a straight-sets defeat by 17th seed Pablo Carreno Busta in the fourth round.

Spaniard Carreno Busta, 29, beat the world No 186 6-2 7-5 6-2 to reach the quarter-finals, matching his best performance at Roland Garros.

German qualifier Altmaier was bidding to become the first man to reach the last eight on his Grand Slam debut since Alex Radulescu at Wimbledon in 1996.

Carreno Busta will next face world No 1 Novak Djokovic in a repeat of their US Open fourth-round encounter, which ended in the Serbian being defaulted for inadvertently hitting a line judge with a ball. 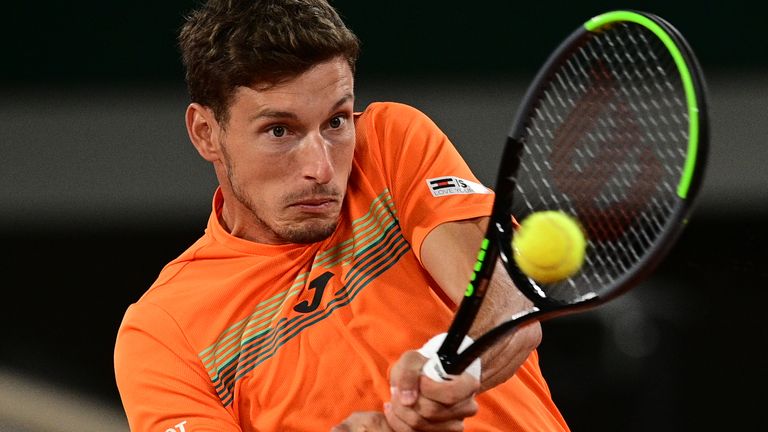 Altmaier and Carreno Busta were originally scheduled to play on Court Suzanne Lenglen but were moved under the new roof on Court Philippe Chatrier after a lengthy rain delay led tournament organisers to amend the order of play.

22-year-old Altmaier has recovered from chronic abdominal and shoulder injuries to get inside the world’s top 200 after some good performances on the Challenger Tour since the sport’s restart from the coronavirus pandemic.

But Carreno Busta asserted his experience with successive breaks in the early stages against the hard-hitting Altmaier, who grew up idolising Stan Wawrinka, before he went on to secure the first set.

Altmaier, undaunted, grew into the contest in the second set and opened up a 5-2 lead, only to then be broken in successive service games as the experienced Carreno Busta won five successive games to pinch the set.

Carreno Busta, who has recorded many of his most significant victories on hard courts, called out the trainer before the third set but showed no sign of an injury and maintained his ascendency to secure victory despite some late resistance from Altmaier.