Novak Djokovic has been backed to win the ATP Finals in London over Rafael Nadal by Tim Henman. The Serb hasn’t triumphed in London since 2015. But that hasn’t stopped the former British No 1 from sacking Djokovic for glory at the 02 Arena.

Djokovic won the ATP Finals in London for four straight years between 2012 and 2015 but, since then, has found triumphing in the capital easier said than done.

He was beaten by Andy Murray in 2016 and also lost to Alexander Zverev in the tournament two years ago.

But Henman, speaking to The Metro, has backed Djokovic to triumph in London – with six-time champion Roger Federer absent through injury.

“It’s not really going out on a limb is it to choose Djokovic,” he said.

“He’s the No. 1 player in the world again and he’s won this tournament on I think five different occasions. 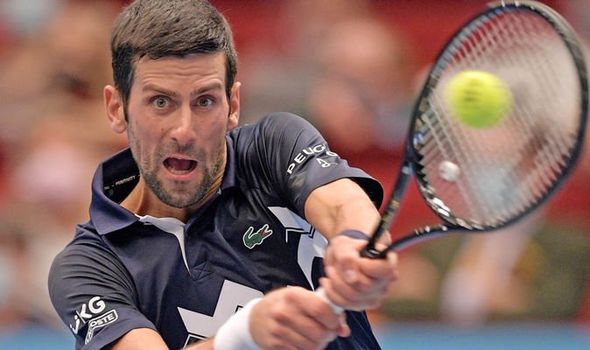 “He’s got such a good record indoors and for all these players it’s almost the last push as it were. I think if I had to be backing anyone it’d be Djokovic.”

Djokovic lost in the group stages of the competition for the first time ever.

It was the first time he’d failed to reach the final since 2011, having missed the tournament entirely in 2017.

But Djokovic enters the ATP Finals as the strong favourite to win having triumphed in 39 of his 42 matches this season, form that has seen him return to the rank of world No 1.

And when asked why Djokovic has had to go five years without lifting the prize, Henman added: “I think sometimes fatigue can come into it. 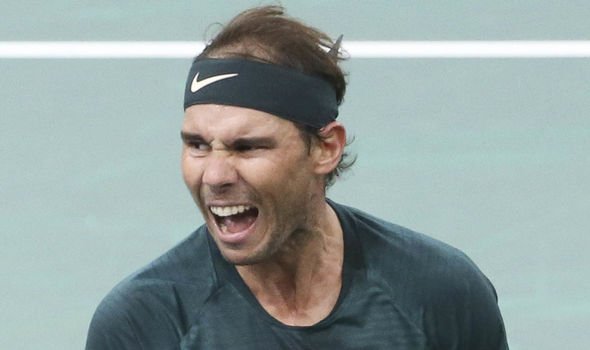 “They do normally have very long seasons with a lot of matches. That is, obviously, not the case this year.

“It’s a tournament he’ll desperately want to win and I do think he starts as the favourite.

“Having said that, in Vienna, he did look a bit flat when he lost [to lucky loser Lorenzo Sonego in straight sets] so I’m sure he’ll want to bounce back and finish strongly at the O2.”

Henman also thinks Dominic Thiem can’t be ruled out, with the Austrian recently winning the US Open n New York.

Asked if he thinks Thiem is the third-best player in the world at present, the Brit said: “Yes, I do.

“I think Zverev – given the challenges in his tennis game, he’s had a very unreliable second serve… I was very pleased that Thiem won that [US Open final], and that’s nothing against Zverev.

“I sort of felt it would have been amazing to win a Grand Slam with a second serve that has proved to be so unreliable.

“But Thiem that was his fourth Slam final having been in a couple of French Opens and the Australian Open final and he’s won Masters 1000 titles on hard courts so I feel his continuous improvement really warranted that win.

“The circumstances – I was commentating for Prime Video on that final and it was just such an unbelievable final. You just never knew what to expect but it was an amazing effort at the end.”

The ATP Finals begin on Sunday and finish on November 22.