Rafael Nadal will be making his 16th consecutive appearance at the ATP Finals in London this weekend. He has a stunning 25-5 record at the tournament, but is yet to win the trophy. What is his net worth?

Nadal has only made it to the final on two previous occasions.

The most recent was in 2013, when he lost in straight sets to Novak Djokovic.

Before that, he lost to Roger Federer in 2010, despite taking the match to a final, decisive set.

This year, Nadal has been grouped alongside Dominic Thiem, Stefanos Tsitsipas and Andrey Rublev. 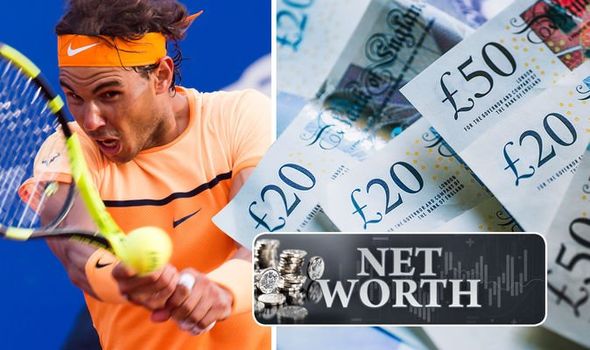 Nadal currently has a net worth of about £152 million, according to website Celebrity Net Worth.

Every year, he earns roughly £30m from tournament winnings, appearance fees and endorsements.

Since turning professional in 2001, the Spaniard has earned more than £91m in tournament prize money – but his income doesn’t stop there.

He has agreed a number of different endorsements that contribute to more than £15m in annual earnings.

Nadal has a continued close relationship with Kia Motors, which has sponsored the Spaniard for almost 15 years.

He also has deals in place with Nike, Lanvin colognes, Emporio Armani, and PokerStars.

Nadal also signed a sponsorship deal with Quely, a food company based on his hometown island of Mallorca.

Quely is a family-based manufacturer of biscuits and chocolate-coated products. He signed the deal with Quely back in January 2010. 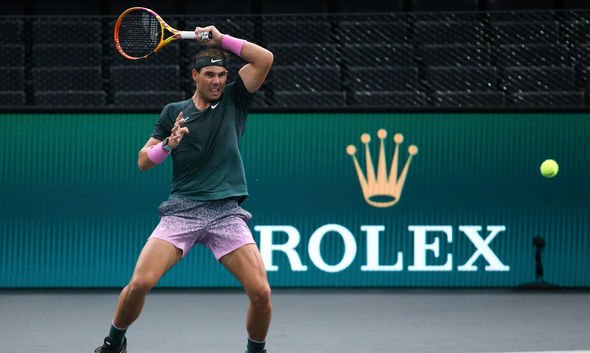 Since his debut, Nadal has won a record-equalling 20 Grand Slam titles.

His favoured tournament is undoubtedly the French Open, where he’s won 13 titles since 2005.

He’s also won the US Open on four occasions, Wimbledon twice, and the Australian Open once.

Despite turning 34, Nadal still has no plans for retirement, and insisted that his goal is to simply continue playing at the highest level.

“In terms of my tennis career, the dream is to just keep going and to make sure that I am happy to do it and that I am competitive,” he said ahead of the ATP Finals.

“So my goal is to just keep going. In terms of life, there are plenty of things to come hopefully.

“Of course, I want to create a family. There are a lot of experiences to come after tennis I am sure, so I am excited about what’s going on.”

“Well, I love what I am doing. I don’t understand the sport any other way.”